Thought I'd start a marine thread as we have an Aviation one. All kinds of marine craft from barges to battleships and bloody big tankers. What inspired me to do this was this remarkable quality picture I came across on a Shipping site I visit regularly. I know Stafford is a long way from the sea, but we all like the seaside don't we ?
Taken in Melbourne in 1920 this is the brand new Battle Cruiser HMS Hood. She was there for public inspection which seems to be going down well.
In May 1941 she was sunk by the Bismarck with a loss of 1415 crew. There were three survivors. 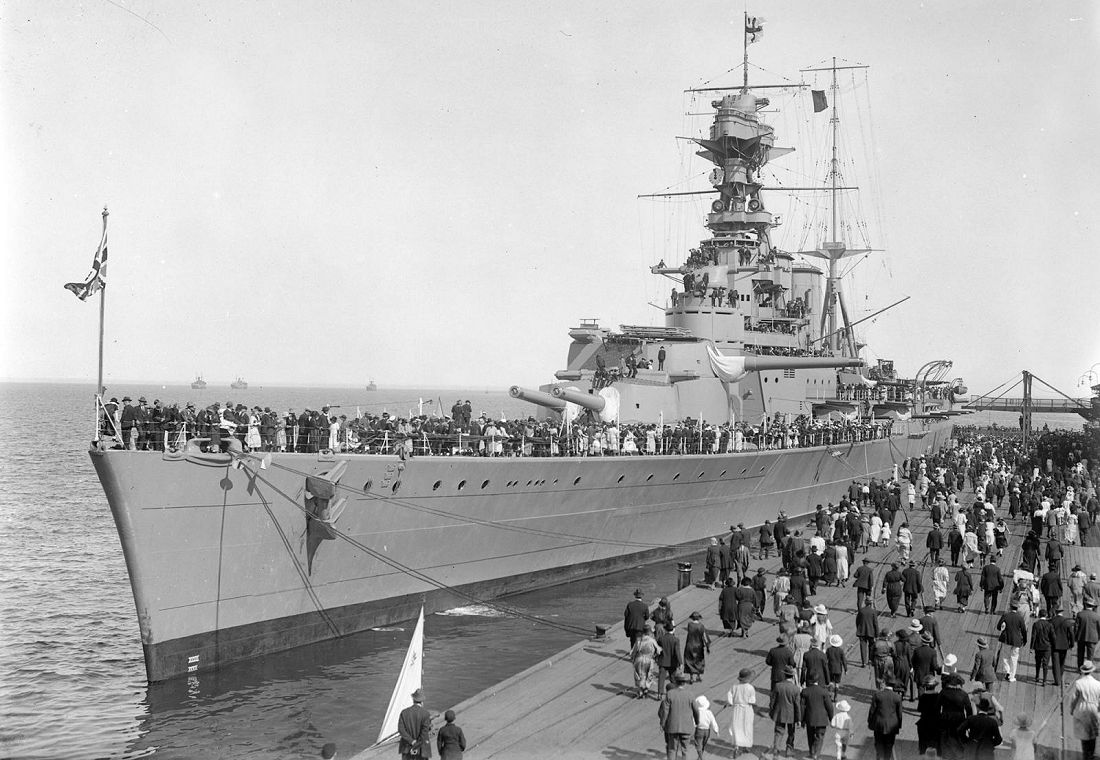 This photo of the Olympic, a sister ship to the Titanic, shows her in Belfast in March 1912 after she lost a port propeller blade on an Atlantic crossing. In order to get her repaired and back in service, workers were transferred from the nearly completed Titanic. This delayed the Titanic's maiden voyage by about three weeks.
Makes you think about the knock on effects of events. 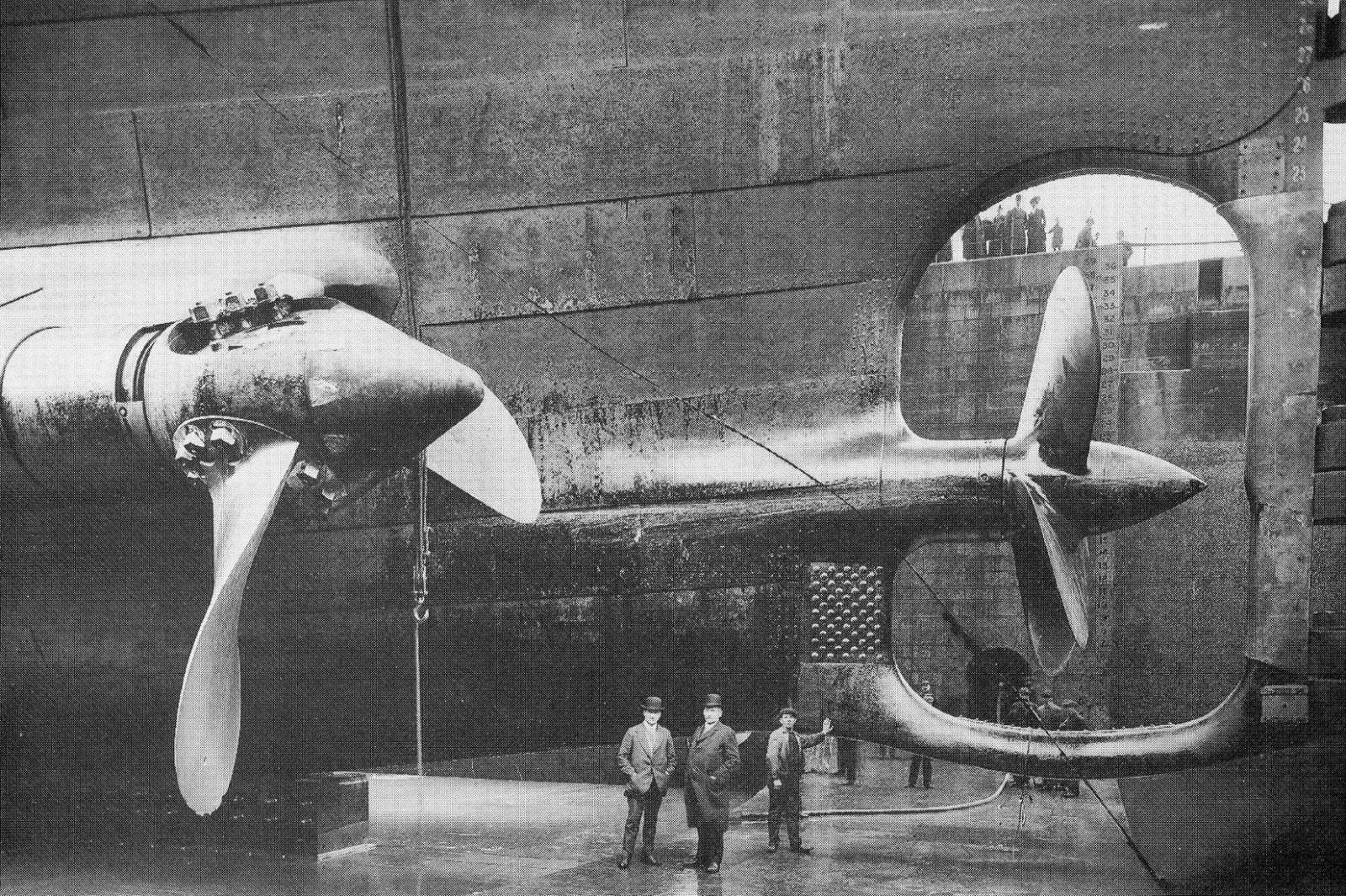 Another top quality photograph from long ago. The Lusitania nearing launch at John Brown's Clyde shipyard in 1906.
In 1915 she was torpedoed by a German Submarine U20 off the southern coast of Ireland and sank with a loss of 1198 passengers and crew. An event that remains controversial to this day. 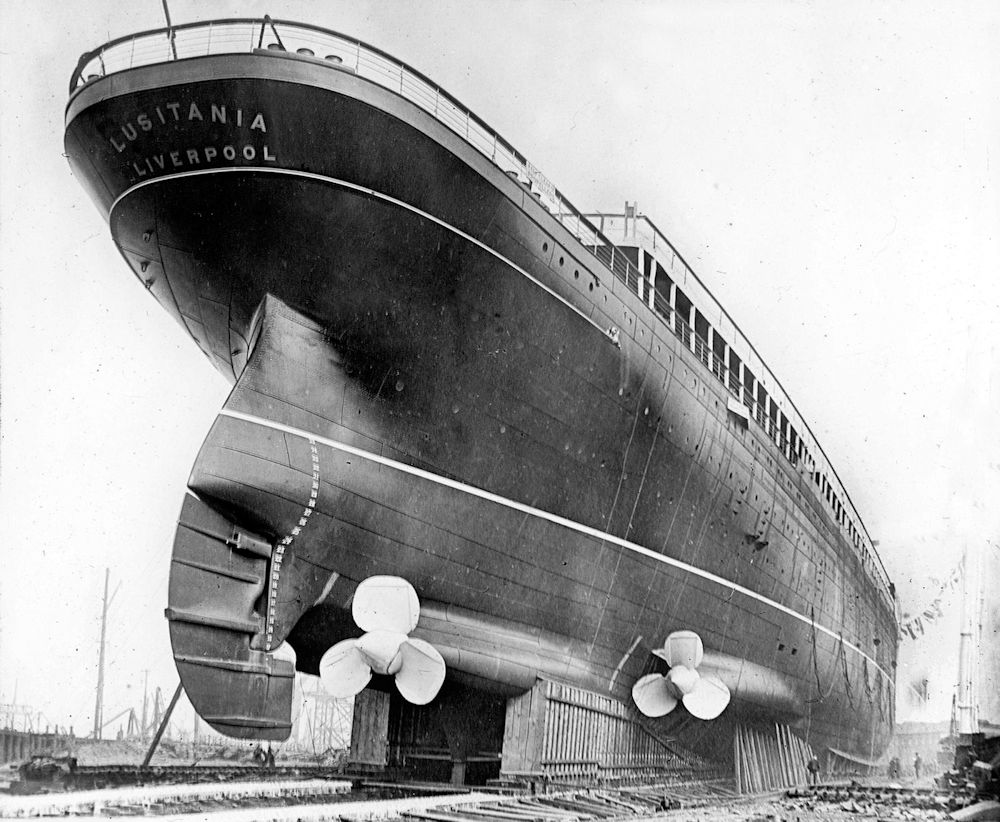 I think this is one of the most horrific videos I've ever seen. You can see hundreds of the crew sliding down the ships side as she rolls over in hope of escaping the sinking vessel, then all of a sudden ....

I took this pix 4 years ago when I was on a Merseyside jolly with the Radio Officers Association. This is the 'Black Pearl' constructed on the beach by the New Brighton Promenade. It started out a few years ago as a sort of art come fun project and went on from there. It's constructed mainly from driftwood and beach detritus and has become something of a tourist attraction and kids playground. It was named after Captain Sparrow's movie pirate ship.
A few years ago it got damaged by a storm and the local community turned out and worked on it to get it back to a seaworthy state. (Seaworthy might not be the right word, but you know what I mean.) So it's become a sort of community project as well.
It really is quite impressive close up. 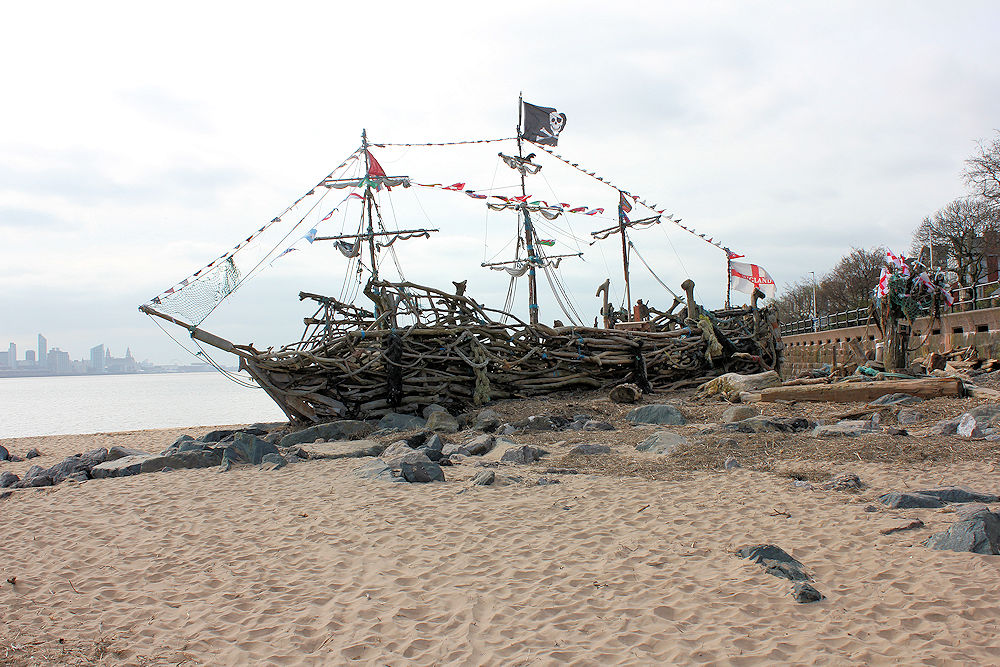 Engine room of HMS Ocelot, Oberon Class submarine built at Chatham and launched in 1962. Did 30 years of service and now resides in the Chatham Dockyard museum where I took this pix a couple of years ago.
One thing you can say about submarines ... there's no such thing as wasted space !! 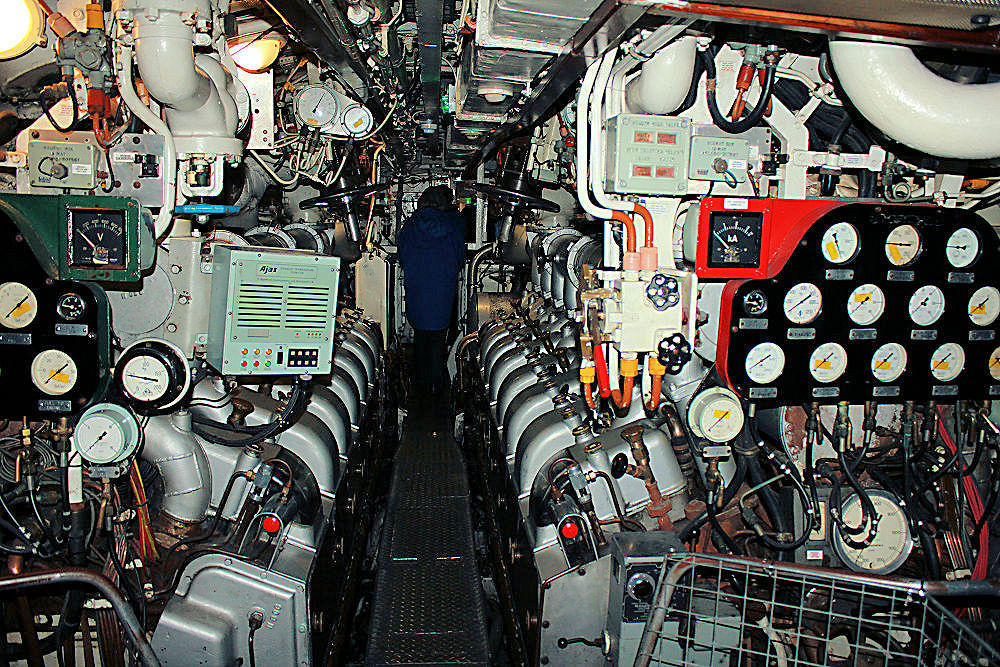 I don't know how much those lads were getting paid ... but I'm pretty sure it wasn't enough ... 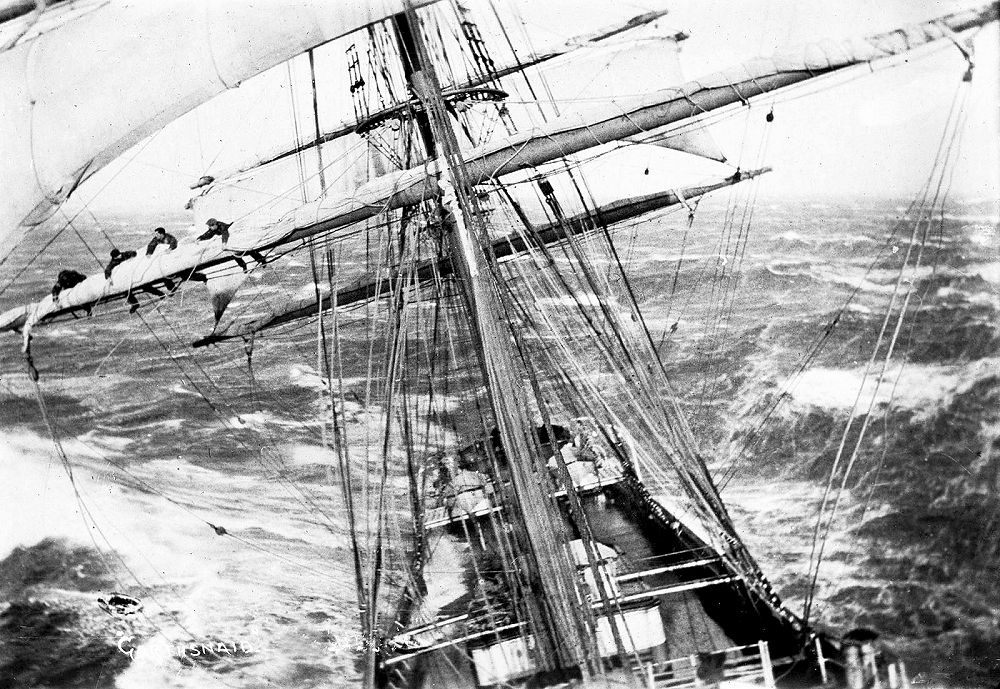 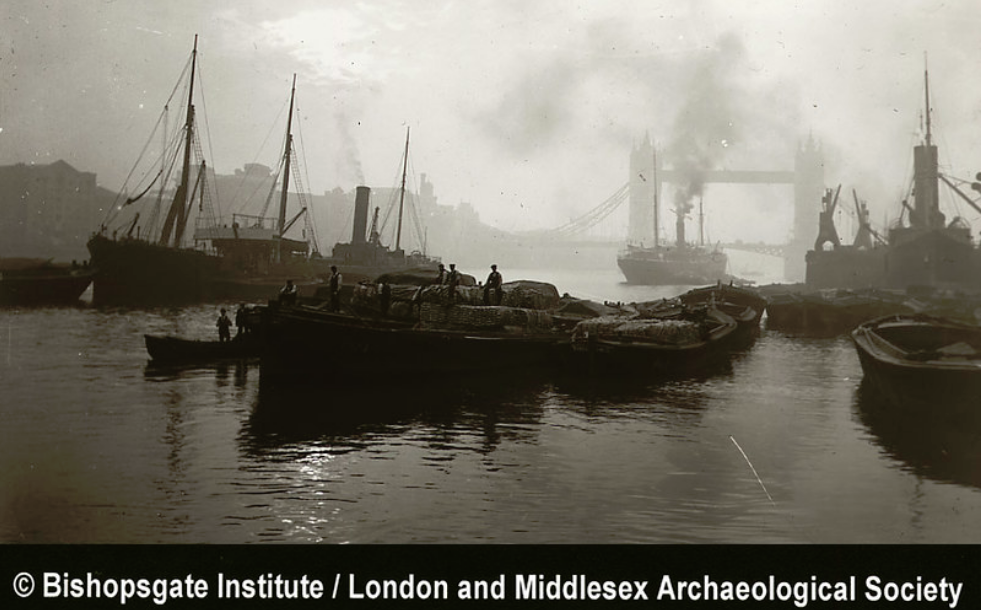 You might wonder what a Victor Class Russian nuclear submarine is doing in Chatham Dockyard Museum !!! This is a model built for the James Bond picture 'The World is not Enough' and is now displayed at the museum where I took this pix. To give some idea of the size the wheel you see to the right is from an old Sikorsky Helicopter they have on display there. (If you've never been to this museum, I can recommend it. The rope making building is extraordinary.) 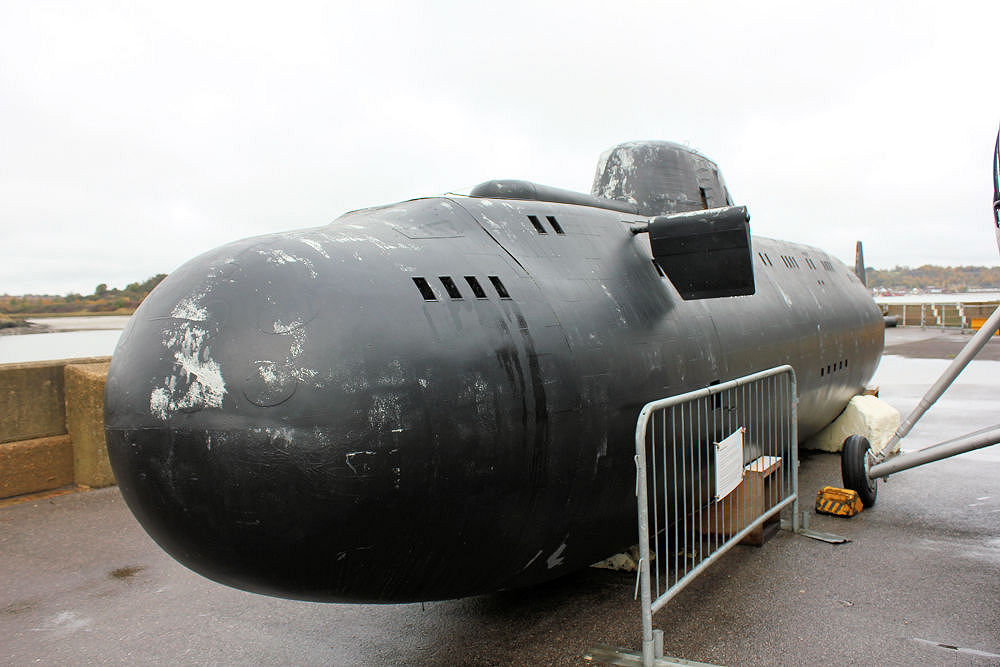 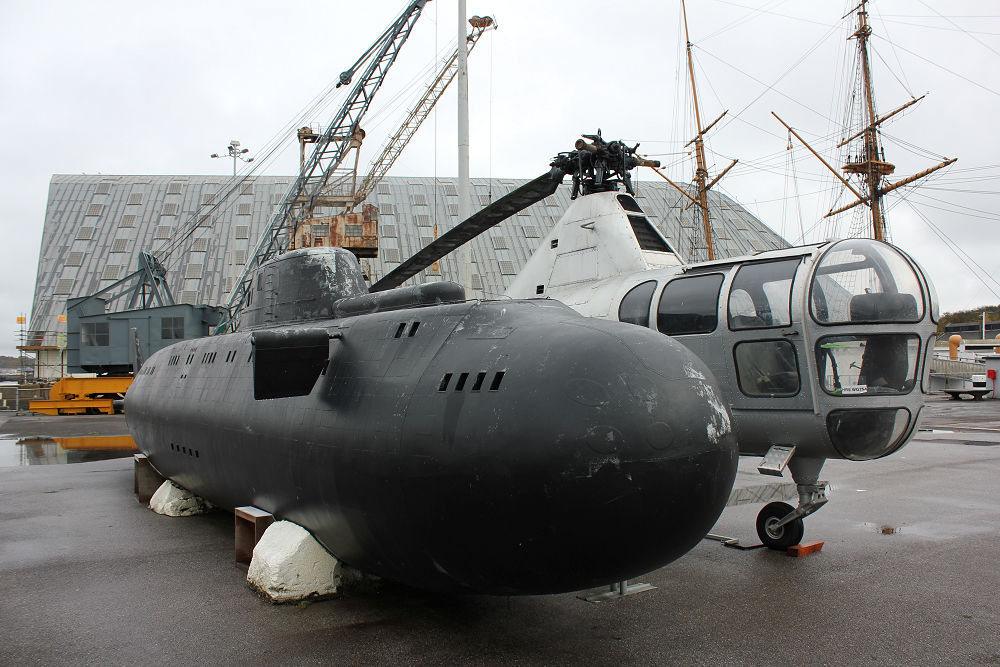 Don't get me wrong, this is an awful disaster. The effects will last for years. But I would like to point out something:

This ship is NOT a tanker as initially reported by most news organizations. It doesn't carry oil as cargo. It is a bulk carrier, hence the large hatch lids on the deck. If it was a loaded tanker, a ship of that size would be an utter calamity, far far worse than the already disastrous situation they're having to deal with in Mauritius.

The oil leaking out is from her fuel bunkers, this is usually medium or heavy fuel oil and perhaps a little diesel. That's bad enough for sure, but they managed to get a lot of it off the wreck before towing out the forward section and sinking it.

A calamitous disaster would appear to have been averted in the last few days far to the northeast of Mauritius where a fully loaded super tanker had a fire onboard.


This barely made the news of the 'free press.'

I have paired my mask with this afternoon's mode of transport; RMV Scillonian III. 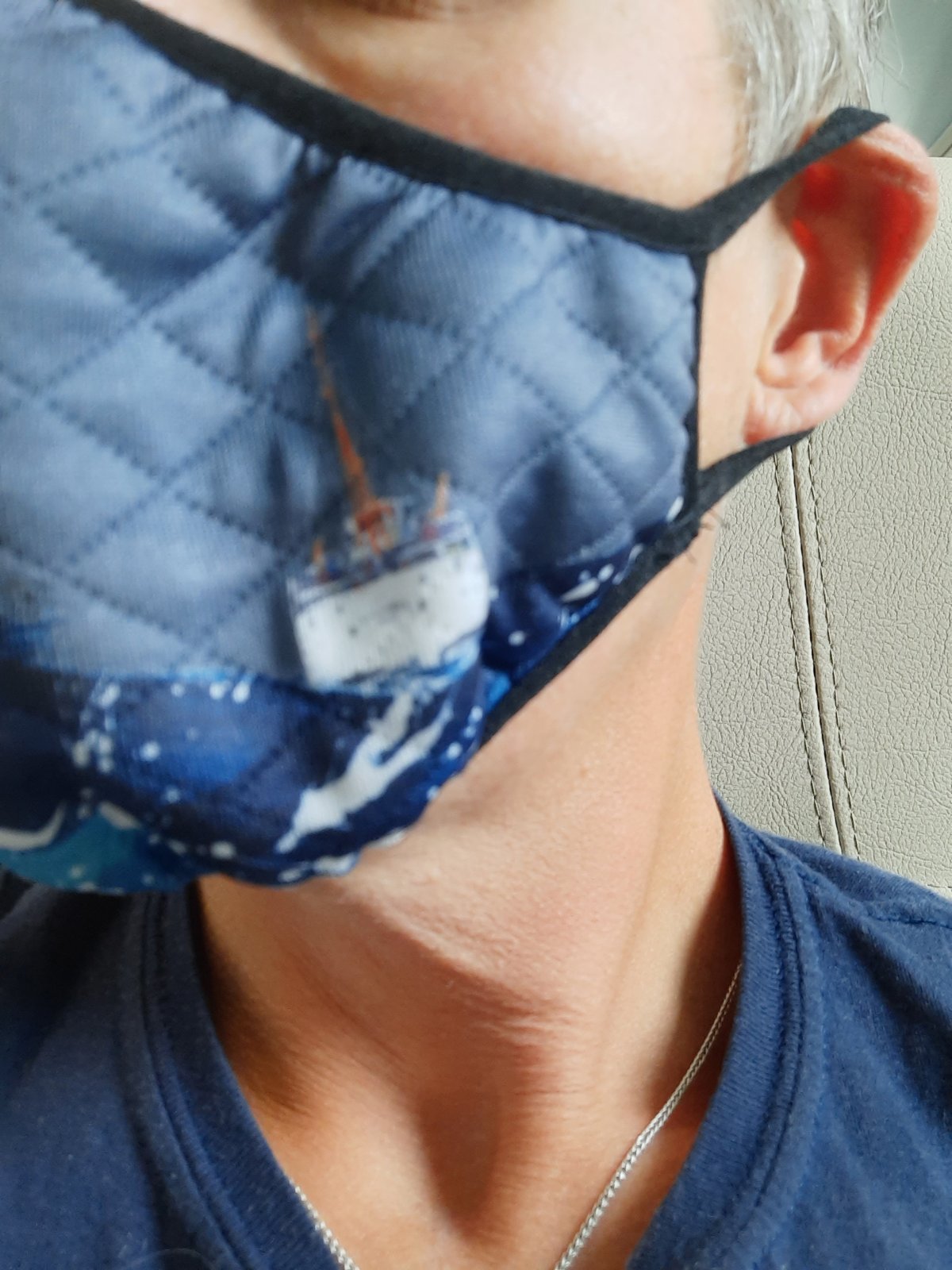 Prepare to hear a lot of: "Avast there ya swabs" and "Ahhhrrrrr Jim lad" and "All aboard the skylark."

My stop in Penzance is unlikely to be long enough to run into any pirates.

Didn't take long before you were deported...

It's just the sheer quality of the picture that impresses me. I'm presuming this was taken with a plate camera. A sailing ship alongside in Wellington, New Zealand in the year 1900 (according to the caption.)
I never fail to be amazed at the amount of rope required for one of these ships. 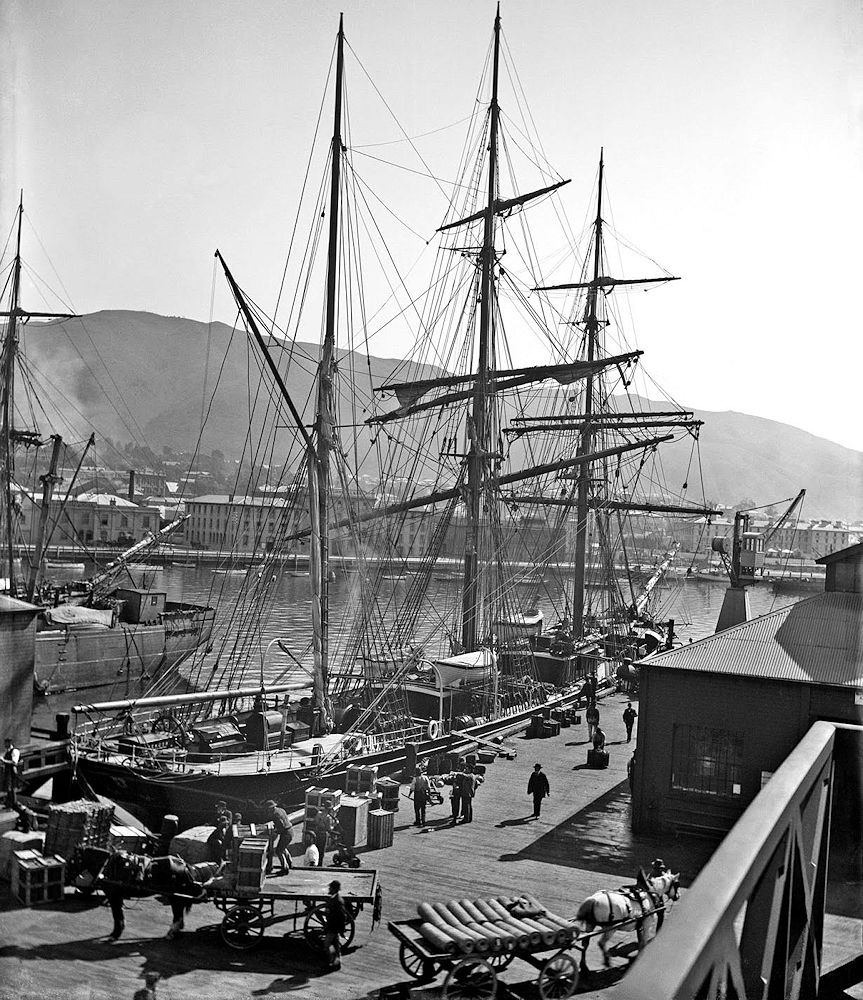 I visited the Portsmouth Naval Museum 5 years ago on a glorious summer's day. Spent all day there and did the usual visits, HMS Victory, the Mary Rose, HMS Alliance (WW2 submarine but you'd wouldn't think it to look at it,) and a very impressive HMS Warrior, a sort of cross between the Nelson and the forthcoming ironclad era.
As an added bonus on the boat across to the submarine site I took this pix of the Mexican training ship 'Cuauhtémoc' (I haven't a clue how you pronounce that) which was alongside at the time. One seriously beautiful ship. I'd like to see her in full sail at sea. 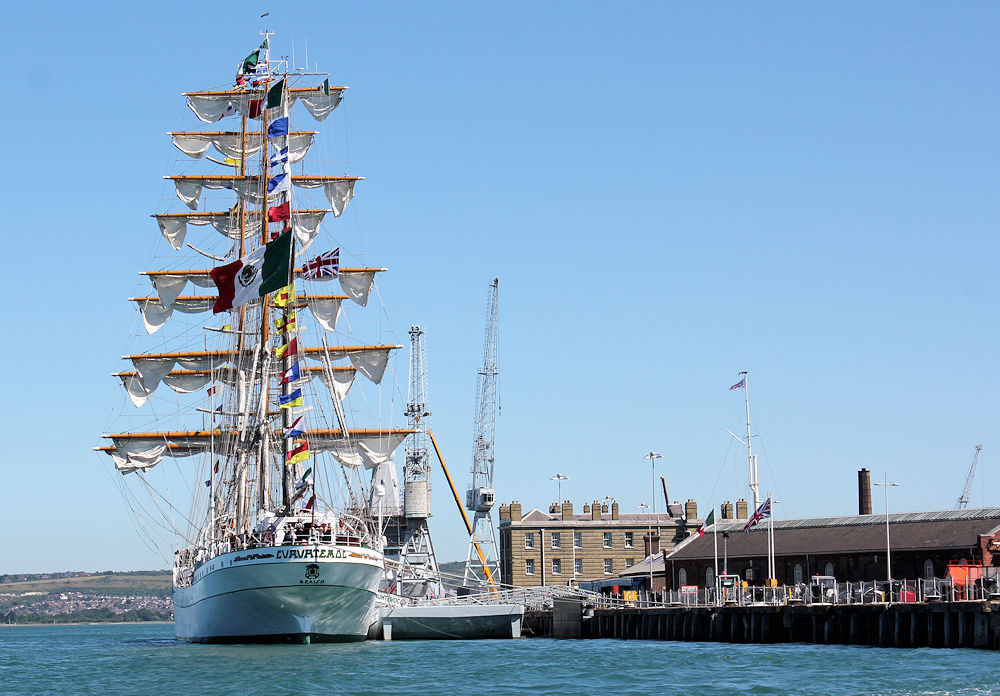 Wasn't quite sure where to put this, Aviation or Marine thread, but since the pix is of a ship, I'll put it here. This is the US aircraft carrier USS Ticonderoga. Pretty boring I suppose until you hear the story from December 1965..

While the USS TICONDEROGA is en route from operations off Vietnam to Yokosuka, Japan, an A-4E aircraft of VA-56 loaded with one B43 nuclear weapon goes overboard. The aircraft was being rolled from the number 2 hangar bay to the number 2 elevator when it rolled off the elevator with the pilot LTJG D. M. Webster and the bomb and sank in 2700 fathoms of water. A search fails to find the pilot. The Department of Defence states this accident took place "more than 500 miles from land" when it reveals the accident in 1981.

The bomb was set to its maximum yield of 1 megaton, (about 60 times more powerful than Hiroshima.) It's very unlikely to have been fully armed, but it's still down there, plutonium and all. 2700 fathoms is a littler over 16,000 feet, call it three miles. Deep.

There's a surprising amount of potentially viable nuclear weapons and materials out there - 'lost' - if you have the time to go and find one...