It'll keep the lawyers in bread and water for a fair few years, I'm sure.

You saw buzzards wheeling around in the distance when they couldn't find any vultures.

The canal authorities are under pressure to upgrade the waterway's technical infrastructure to avoid further disruption in the future.

They have said they will demand at least $1bn (£720m) in compensation for the losses resulting from the blockage.

In an interview with the privately-owned Sada el-Balad TV on Wednesday, SCA chairman Osama Rabie said that the Ever Given vessel would not leave the Great Bitter Lake, where it is currently being held, until the compensation was paid by the vessel's owner.

Mr Rabie also said that about 800 people had helped to free the ship, adding that they would be rewarded for their "great efforts".
https://www.bbc.co.uk/news/world-middle-east-56625680

Took this picture from the bridge of the Fort Rouge, a Class III chemical tanker. Getting a pilot drop via helicopter for the River Elbe and Kiel Canal. As you can see the deck of those ships were not 'chopper friendly' and the pilot had to winch down. In any sort of bad weather this would have been a no no. 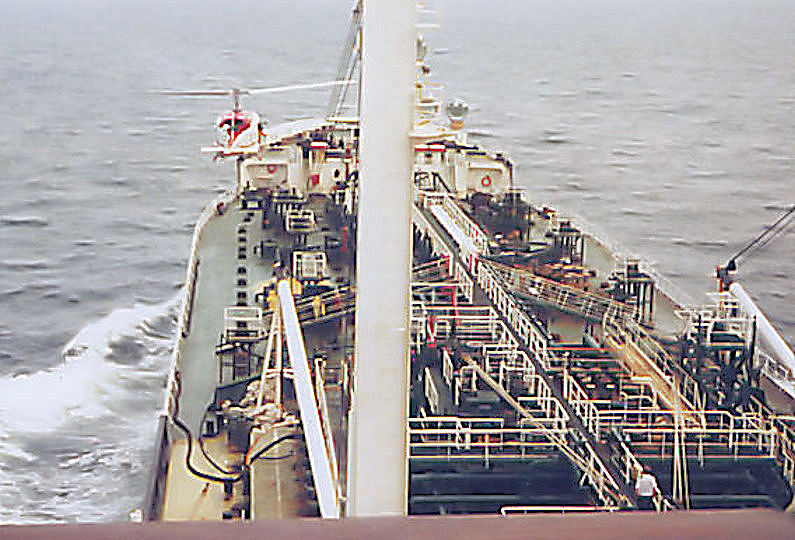 The Thompson Graving Dock in Belfast which is still there. In the upper pix, the Olympic, sister ship to the Titanic and the first one launched. Bottom pix as it is recently .. (I think the cardboard figures are just to emphasise the scale.)

These ships had two steam reciprocating engines driving the outer propellers and a steam turbine taking the exhaust steam from the other two engines to drive the centre prop. Consequently the centre prop could not go astern (which James Cameron picked up well in his film 'Titanic.')

I've been under a ship in drydock, trying to find the echo sounder sensor in order to coat it with grease prior to painting. You have to bend down to get under the hull, and definitely become aware of the colossal weight above your head. 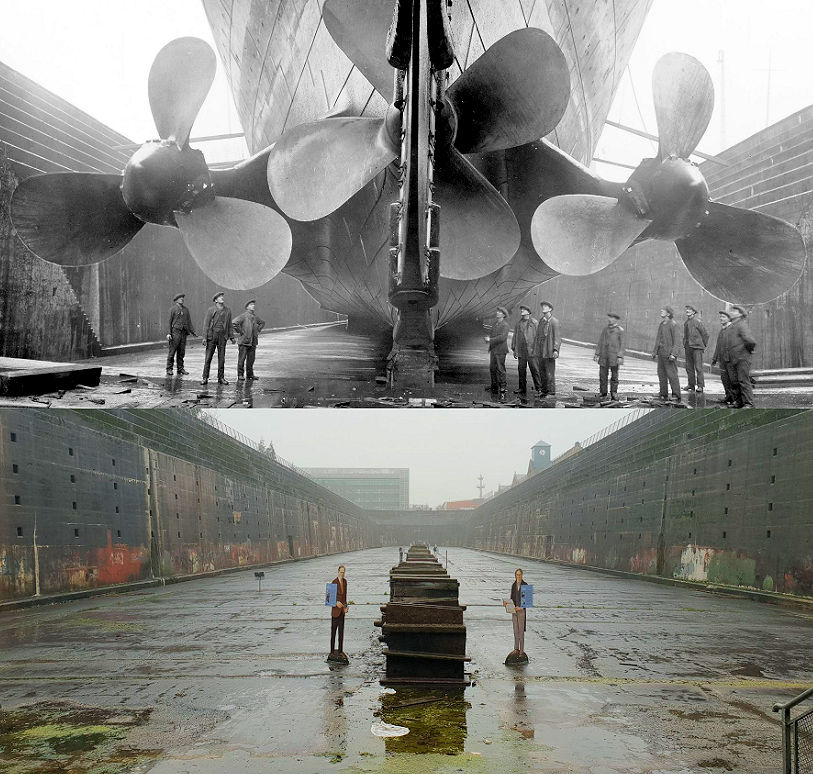 Here's a ship with a bit of history. Cunard's RMS Carpathia, shown here drydocked at Brooklyn Shipyards in 1913. A year before that she had famously rescued 705 passengers and crew from lifeboats after the sinking of RMS Titanic. She had steamed for several hours at full speed through icy waters after receiving the Titanic's distress call.
In July 1918 she was torpedoed and sank with the loss of 5 crew members about 130 miles southwest of Ireland. It took her over two hours to sink, despite being hit by three torpedoes. 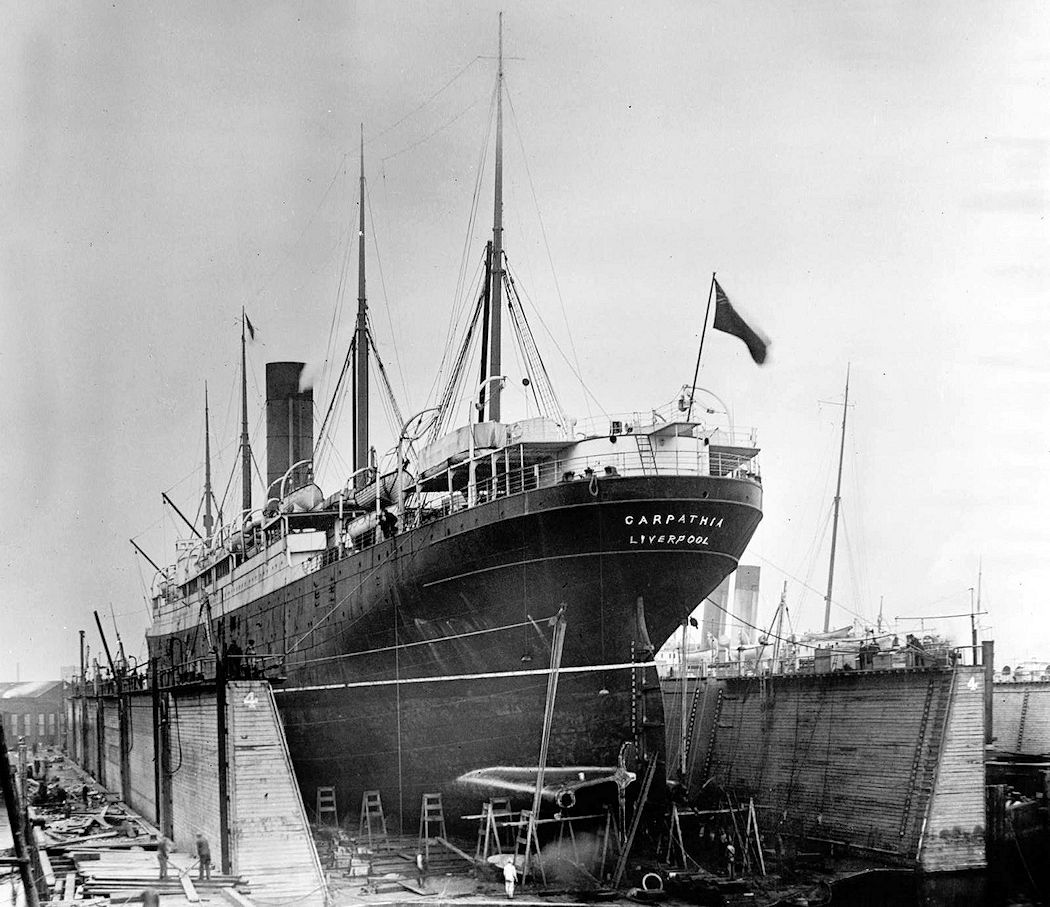 Nice picture of the Pedro Miguel locks on the Panama Canal from 1984. When the canal was built it was designed so that US Battleships could fit through greatly improving the transition time between Atlantic and Pacific. The battleship here is the USS Iowa and as you can see it's a tight fit. This reflected down onto Merchant ships such as the bulk carrier in the picture. Forming a class known as Panamax Bulkers i.e. could just fit through the locks on the canal.

Since this pix was taken the canal has been much modified to accommodate larger ships as Panamax Bulkers were quite small compared to what's around today, and Battleships are long gone.

Went through this canal many times, much more interesting passage than Suez. I daresay I wouldn't recognize it these days. 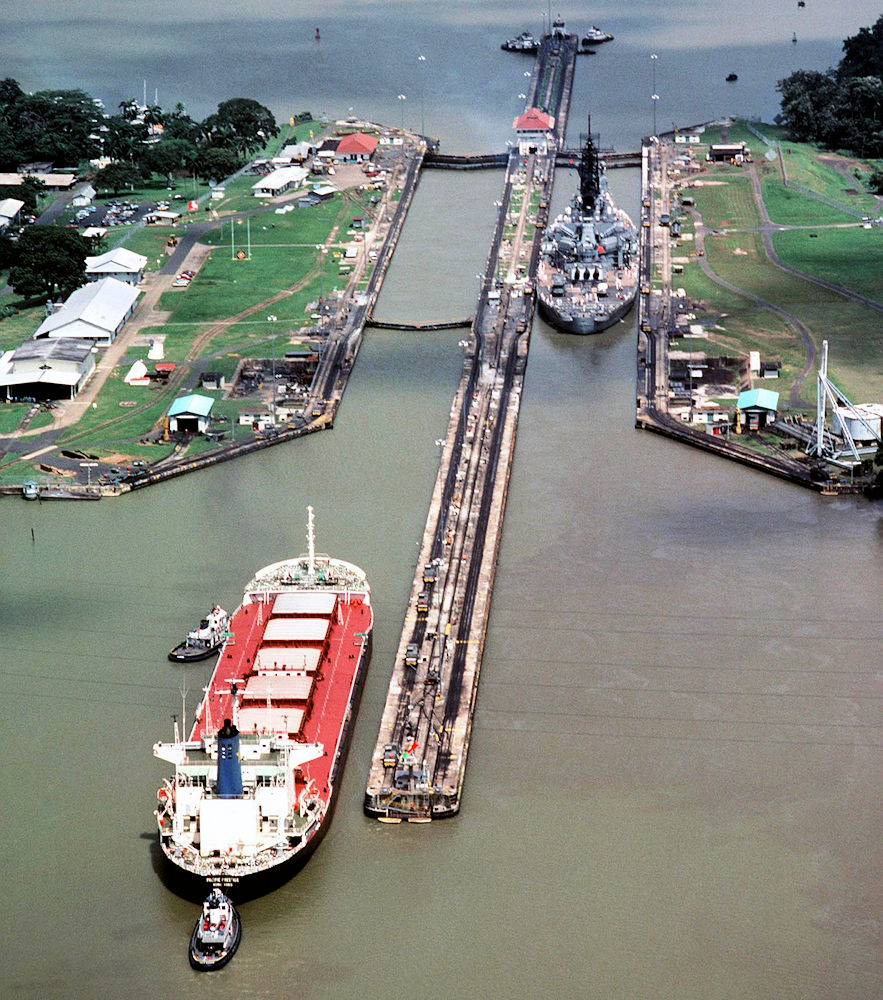 The Ever Given, the ship that caused all the chaos in the Suez Canal earlier this year, us under way and headed north toward Port Said. Doesn't seem to be any disclosure of the amount paid to release her, but I'm figuring it's a bit higher than a £10 fine I once got for speeding on the Wolverhampton Road. !! 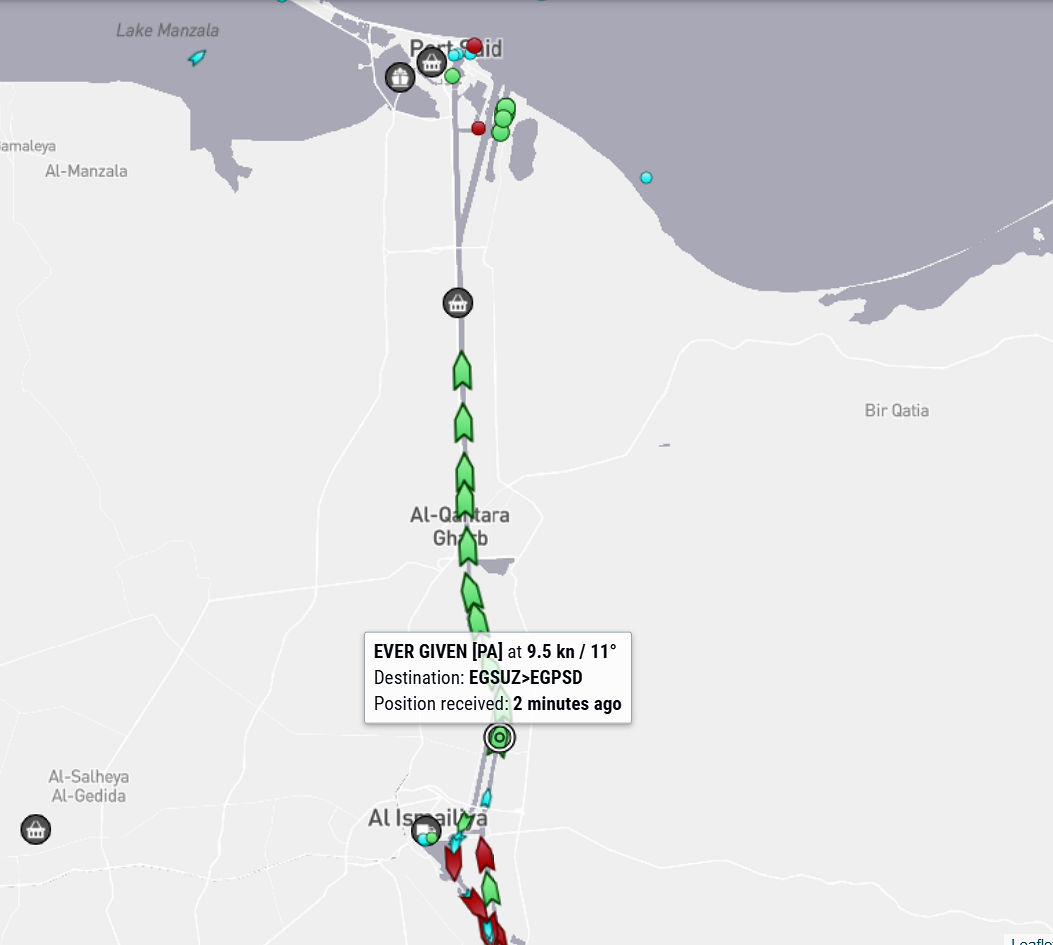 Boats are really shit, aren't they?

If you like boats you must be deficient in some area of your character.

I once saw someone on a dinghy call someone a 'poof', so everyone who has ever liked anything even remotely related to this area of interest is also massively homophobic.

I've read a number of conspiracy theories about why this ship met its fate. All of which were crap. But this one I'm prepared to believe .... 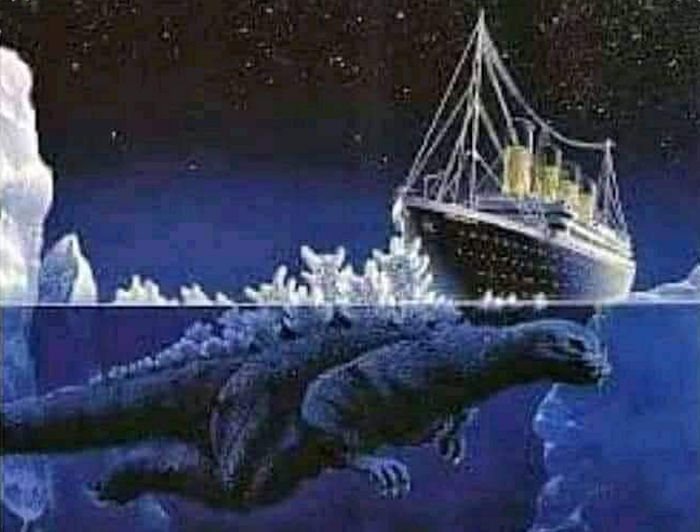 Out in the wide open sea at last ... away from all those bloody shore wallahs. 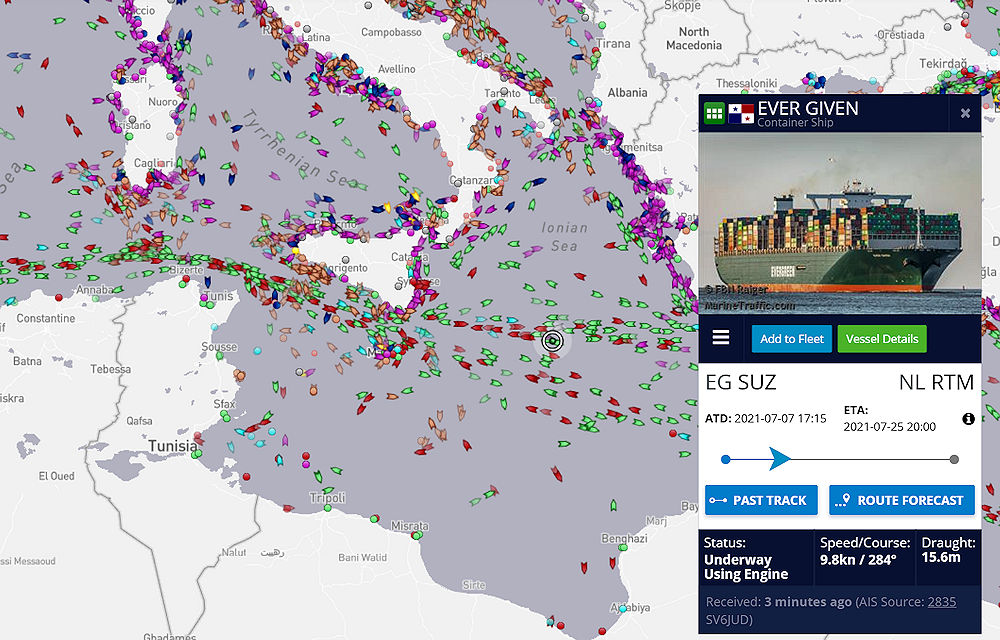 Looks like she's in a bit of trouble. I was wondering if there was any shaft or prop damage from the Suez grounding. Or perhaps the Egyptian Gods of old have put a curse on her. Seafarers tend to be a superstitious bunch, all that 'no atheists in a fox hole' type thing. I spent 21 years calling that out ... but always kept one eye on the sky. (Weather Gods can be real arseholes at times.

She's now passed through the Pillars of Hercules and in the Atlantic. If anybody is waiting for some goodies that might happen to be in one of those boxes, you've only got six days to wait before she hits Rotterdam. (All being well.) My guess is once the boxes are off she's going to get a serious going over, maybe even a drydock. 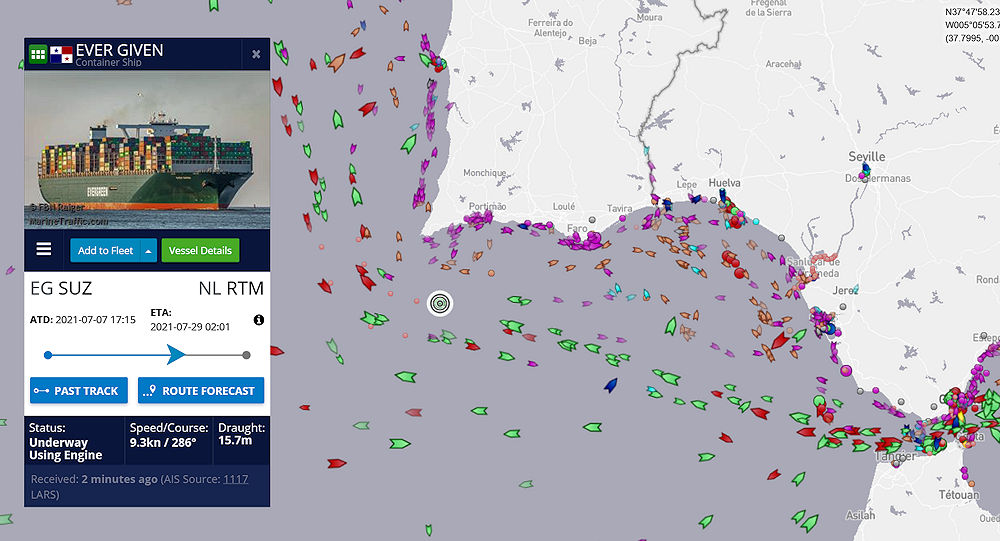 BobClay said:
before she hits Rotterdam
Click to expand...

Given earlier problems I hope you didn't mean hit literally

She's about to enter the Channel. This is where the Old Man puts his brown trousers on ..... 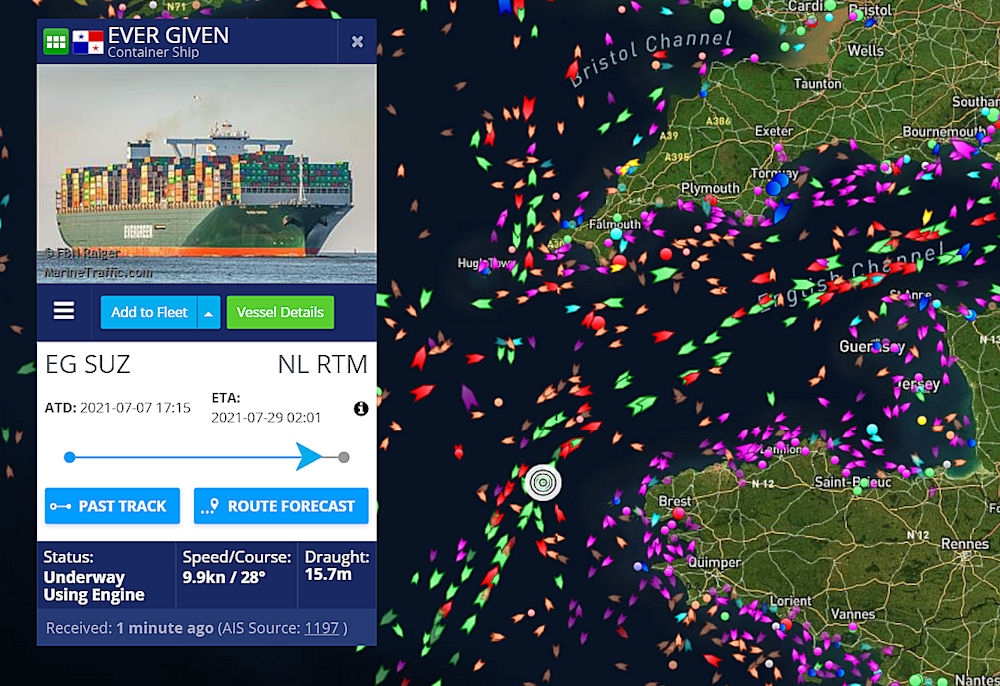 It's no problem, it's nowhere near long enough to block that, even if they get it sideways again. 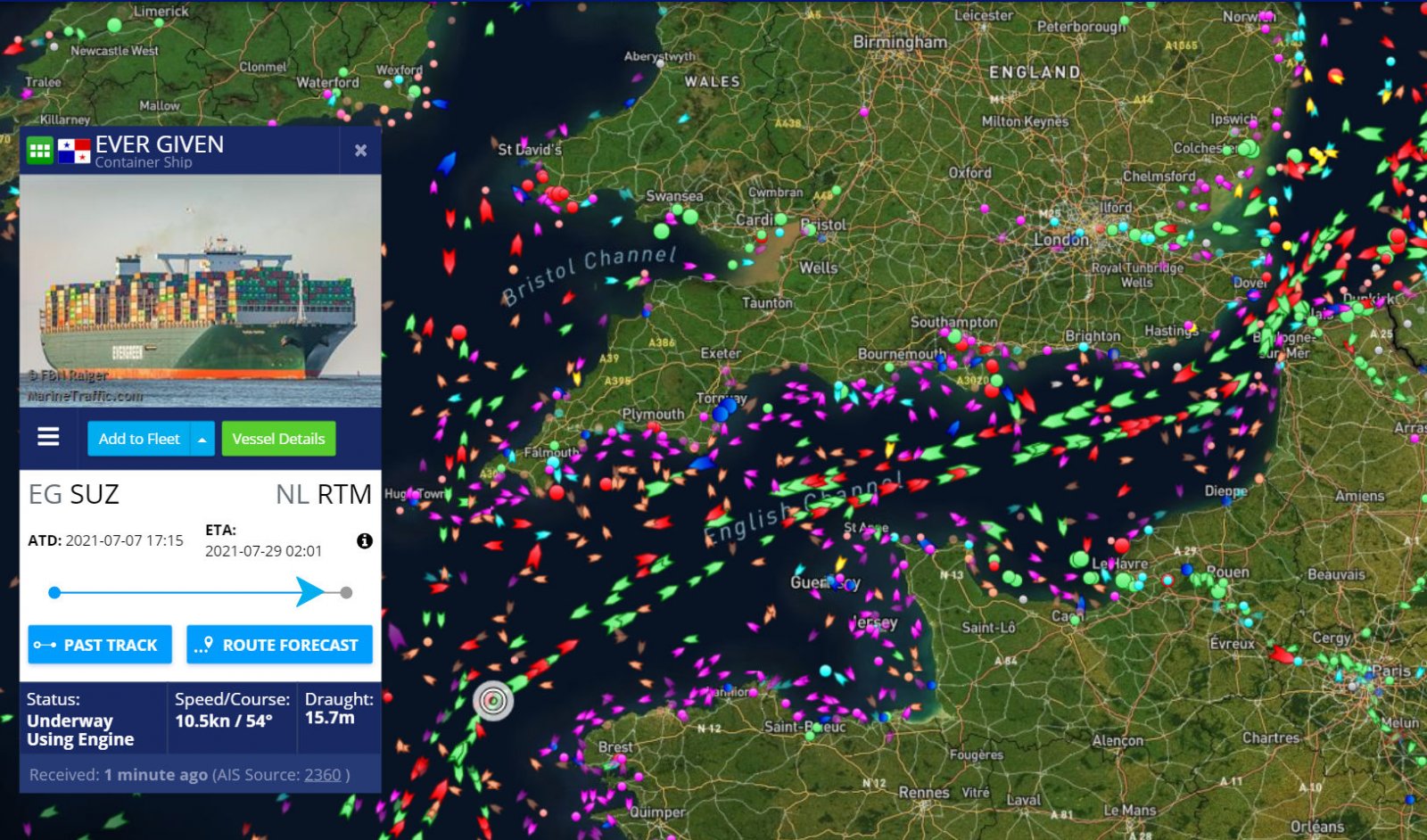 I visited Chatham Historic Dockyard on the way back from Brands and spent an interesting morning wandering around.

It has some interesting artefacts and buildings and there is a member of staff at the entrance of each building giving you information of the route to take and an informative briefing about the history and contents of each building.

There are no also guided tours and demonstrations but I didn't have time for any of them.

Well worth a day trip and my ticket is valid for a year so I may make a longer visit when I'm back at Brands in October. 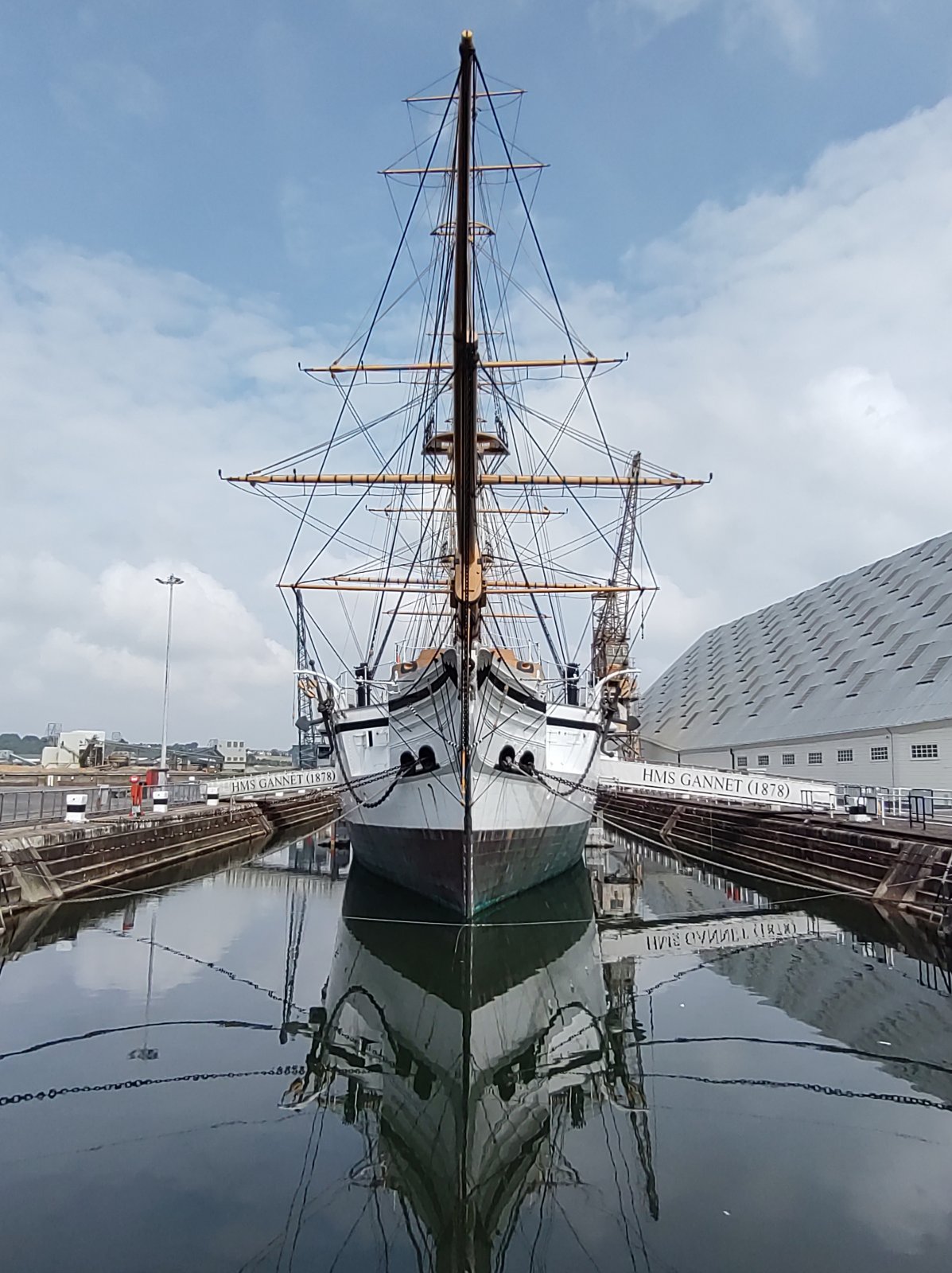 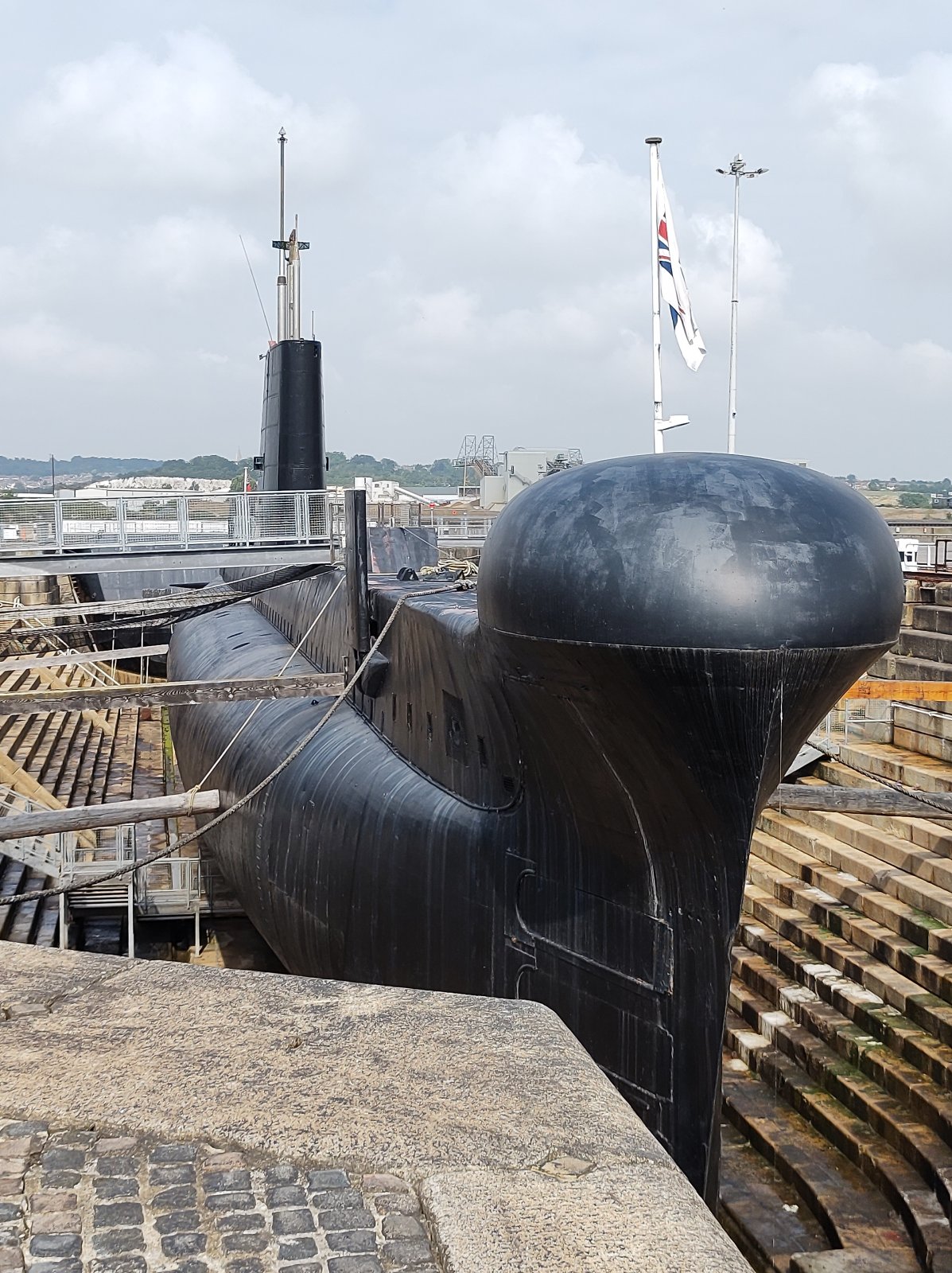 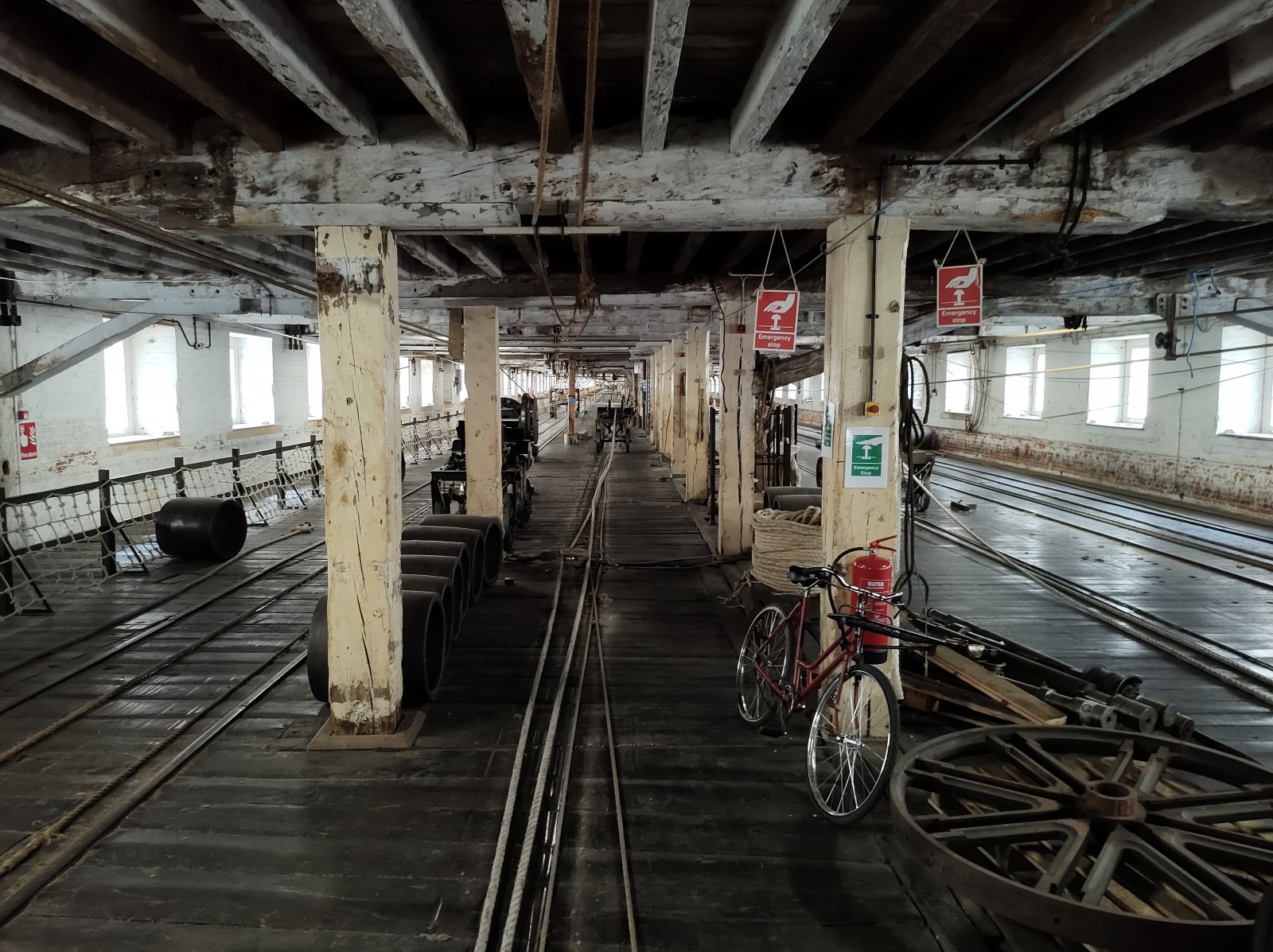