This morning's ocean crossing was a little misty - that slight change of tone at the top of the picture is the 'horizon'. 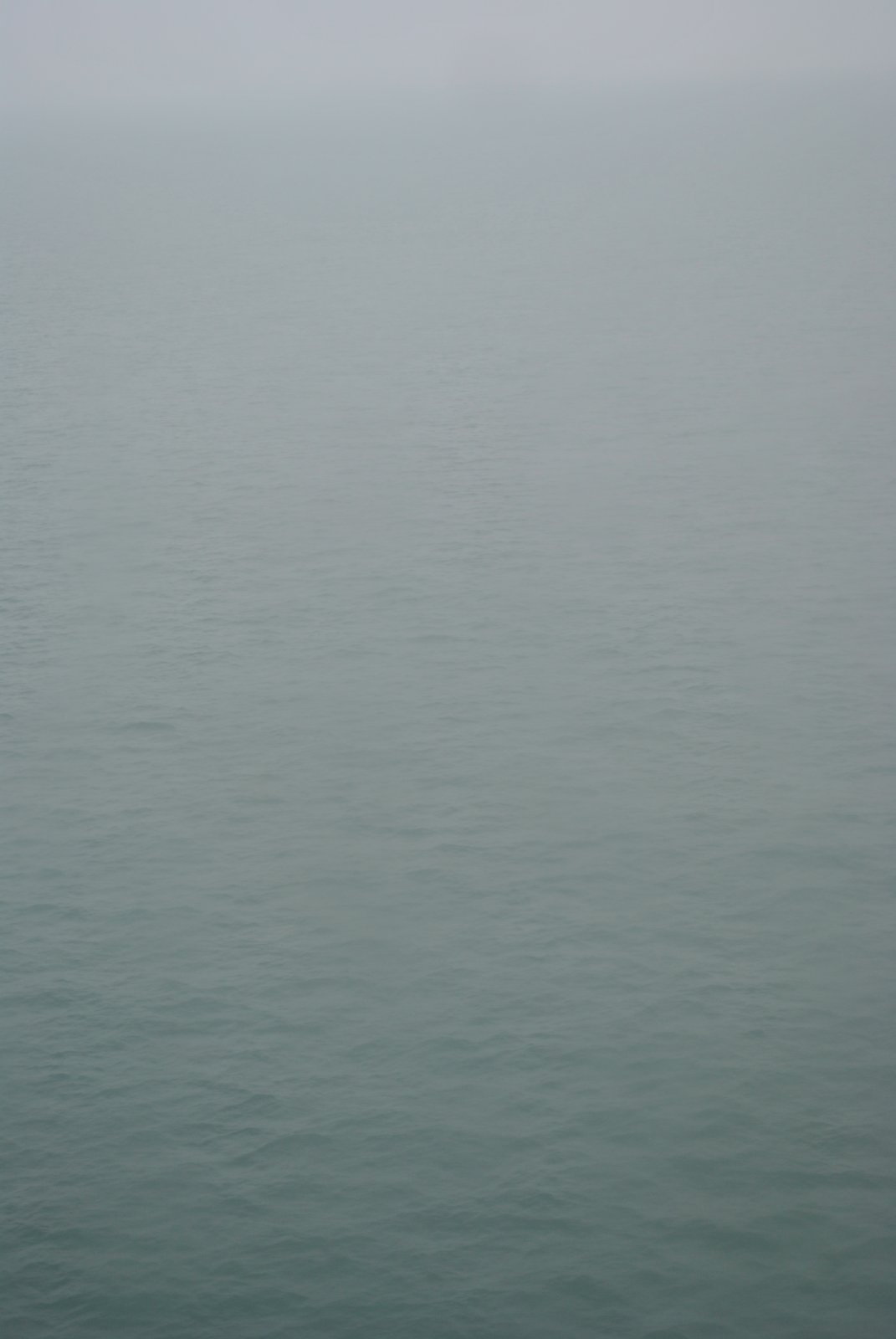 I thought there would be little to see, then this came whizzing past. It is actually an ex-US Navy vessel, though a civilian ferry now. 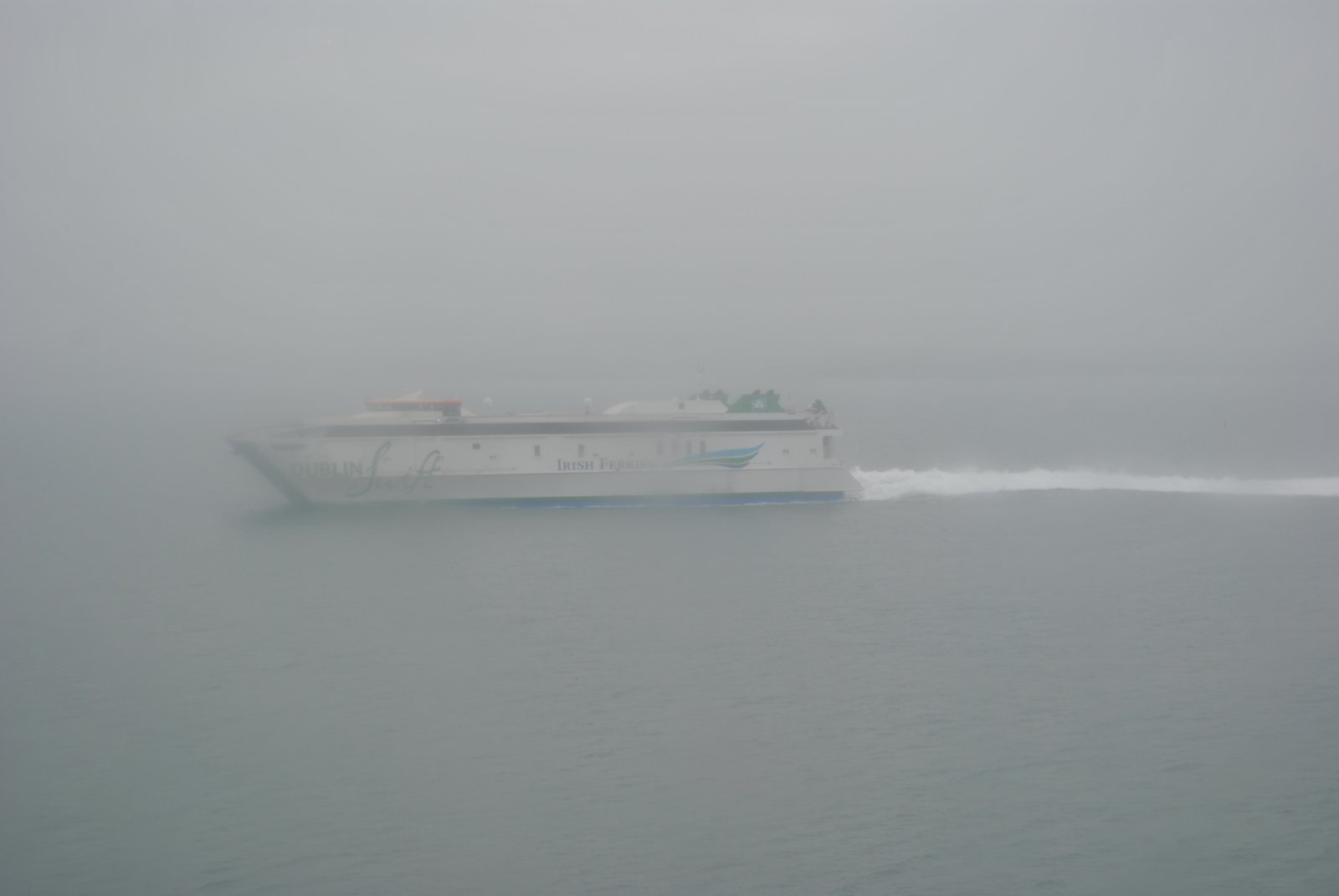 The later versions do look a bit more 'military'. 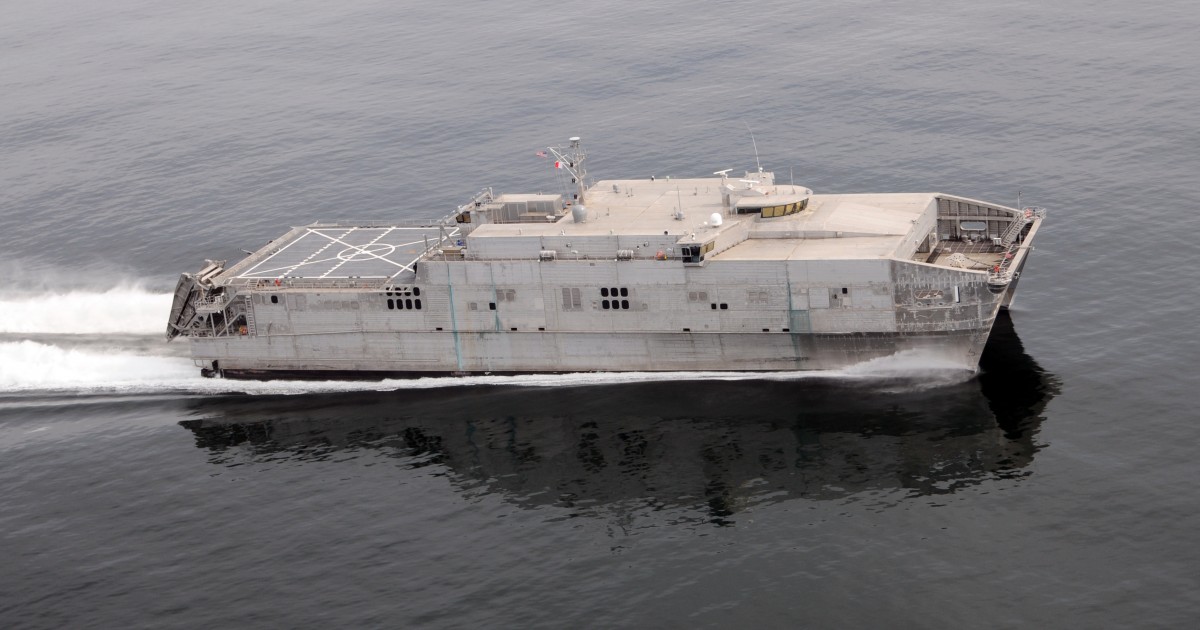 The Queen Elizabeth alongside in Canada in 1940. The Admiralty took her over for war work before she was finished building and fitting out. To get her away from the bombing they sailed her across to Canada in absolute secrecy to get the final work done.
She became a troop carrier, capable of accommodating an entire infantry division, about 15000 men. Because of her speed she rarely if ever went in convoy, but zig zagged across the Atlantic at full speed, in excess of 30 knots, or getting on for 40 mph. Not bad for a more than 80,000 ton ship. (There weren't that many warships that could stay with her at that speed.)
Hard to imagine the disaster had one torpedo been able to destroy a full division, but for a U boat to be able to target her, it would have to be very lucky in positioning. 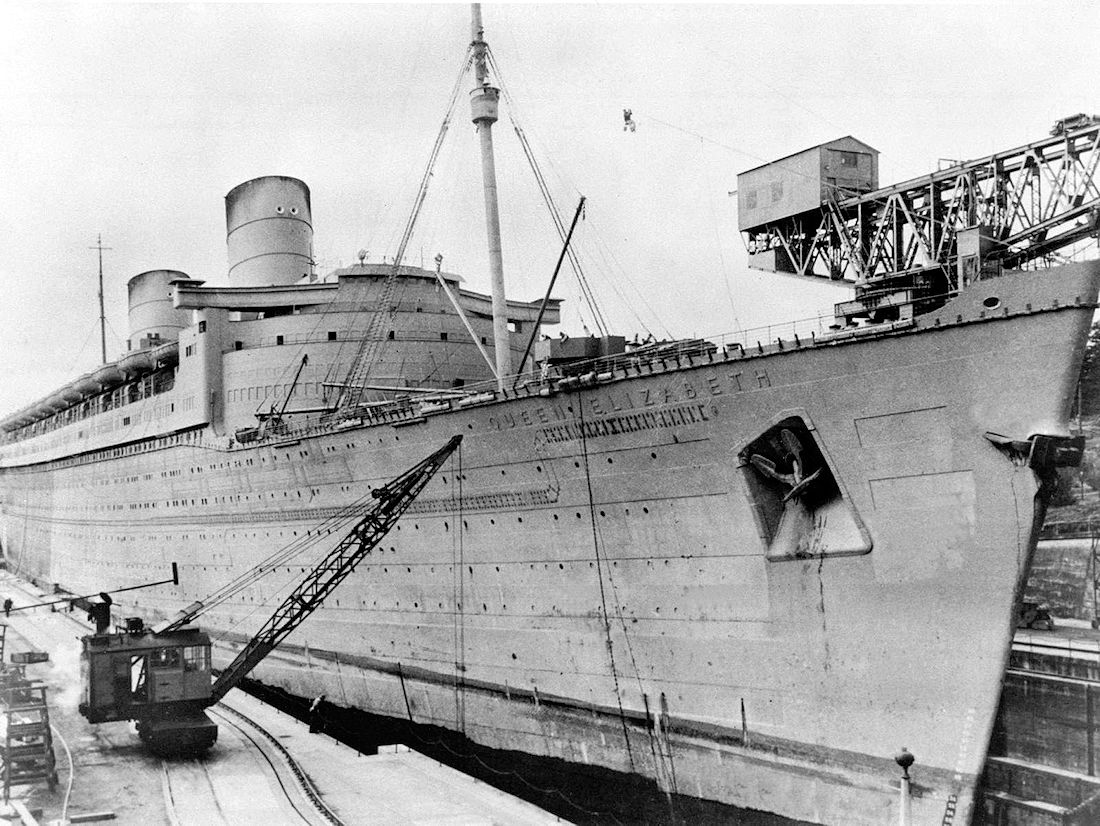 USS Saratoga transiting the Panama Canal in 1930. Do you reckon they could have got any more aircraft aboard her ... ? 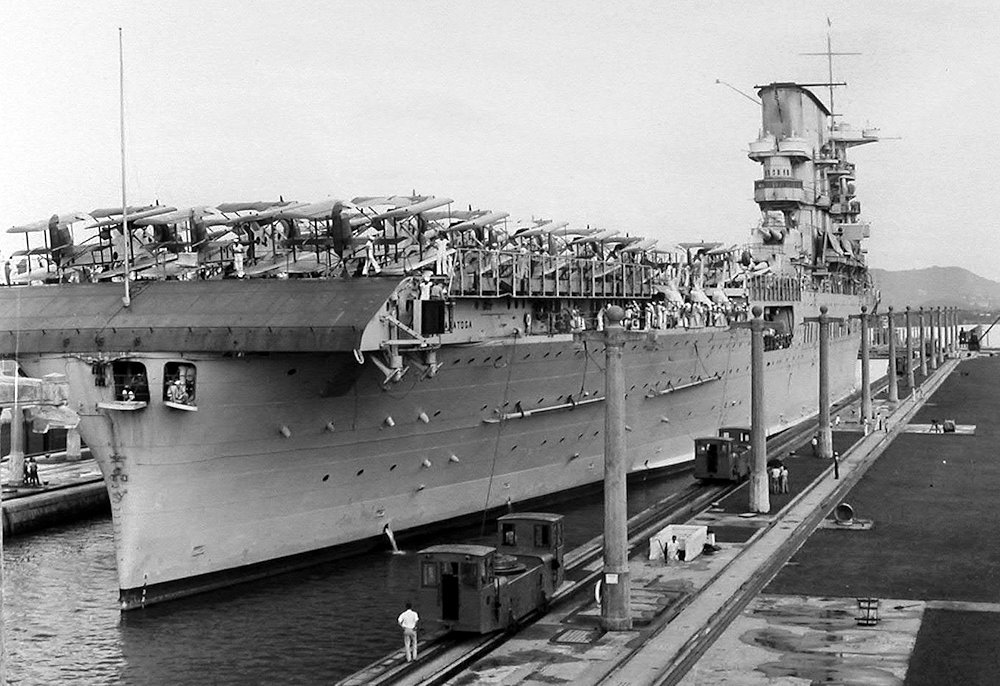 That's quite pointy for a back-end.

Saratoga survived two torpedoes, a kamikaze and an atomic bomb - but a second atomic bomb sank it.

The Evergiven is now in drydock in China. As you can see she took a fair bit of damage during her Suez encounter. Does explain why she was in slow steaming mode coming up to Europe and then going back the way. 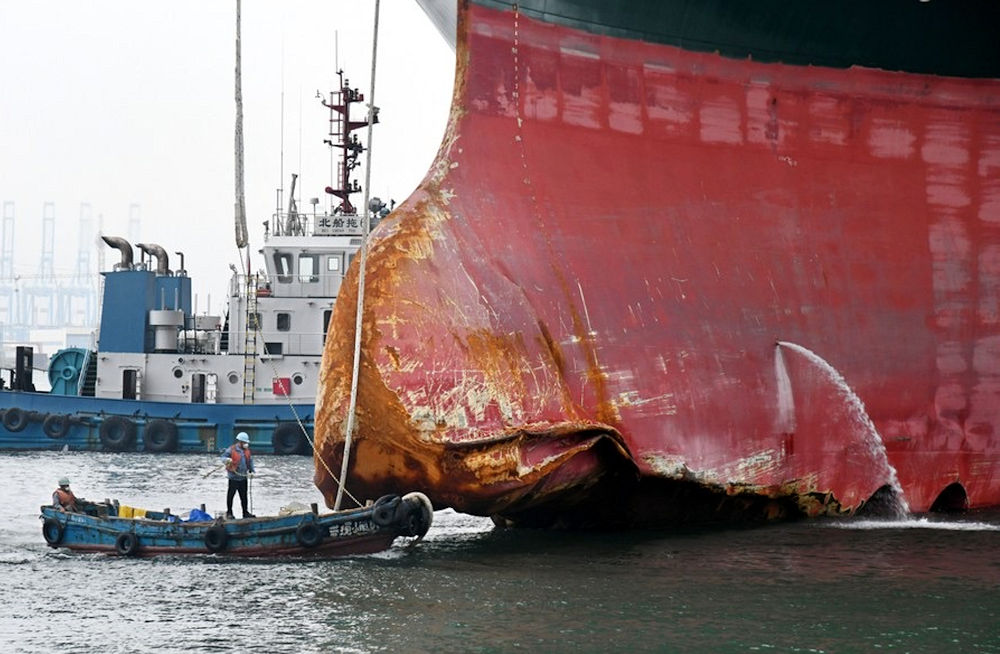 The EverGiven is now in drydock. Looks like they've got some work to do ......

The EverGiven is getting fixed but WOW the amount of damage !!! Looks like they're going to cut off the entire bottom section of the bow, including the thrusters. That makes it quite a job !!! 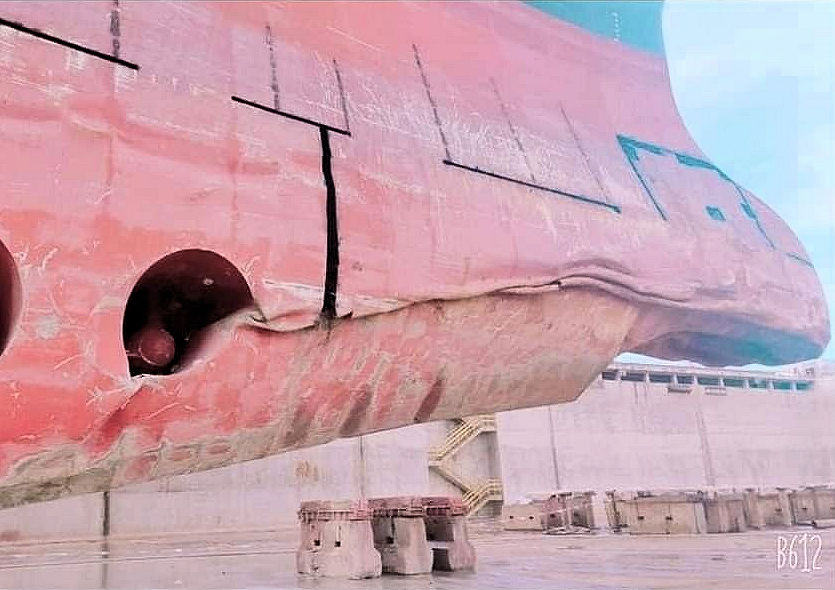 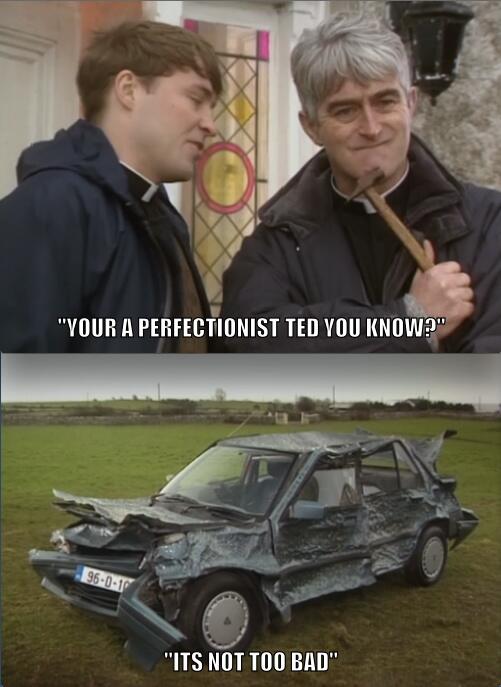 HMS Bulwark alongside in Singapore in 1962. What I like about this picture is the cars on the quayside. They bring back a few memories ... 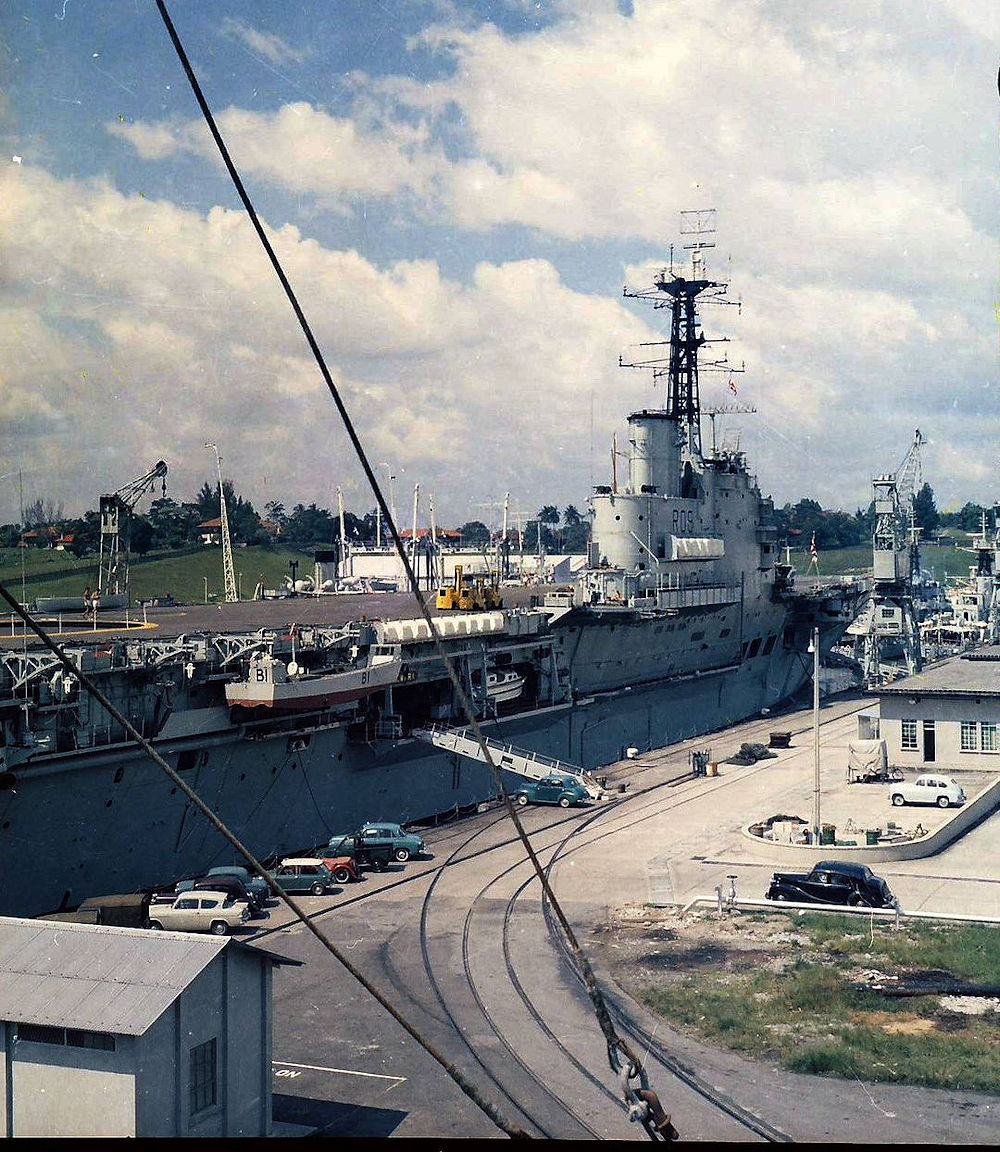