Please can you help find this man?

Missing since early hours of the morning - estimated around 5am

Last seen in Walton on the Hill area

Thank you for your time

Just had a walk along top end of Hazelstrine lane (daren't go any further right down the path into the woods/canal part on my own though) , Cannock Rd along the road just off the main road, and back through the inside roads and alleyways at that end of Wildwood estate. Unfortunately no sight of the gentleman.

I hope this is ok to post here, and please everyone keep sharing especially if you walk/live near the Chase at Milford ....

09 October 2021
For immediate release
Officers continue to search for Ted Beattie from Stafford
Attachments
Ted Beattie Ted Beattie
Officers are continuing to search for 89-year-old Ted Beattie, missing from Stafford.
Ted went missing overnight on Wednesday 6 into Thursday 7 October.
Thanks to the community’s response to previous appeals, we now know that Ted was last seen on CCTV at approximately 2.10am outside the Wimpy at Milford, heading towards Stafford.
The last sighting of a Ted by a witness was a 3.30am-3.40am on Milford Road, between School Lane and the Wimpy at Milford. This suggests that he may have been heading back towards Walton-on-the-Hill, Hillcroft Park, Weeping Cross area.
Ted is described as white, approximately 5ft 10 inches tall and has short grey hair. He was last seen wearing a waist-length coat and appears to be wearing full-length trousers. He may be walking slow and unsteady.
We are appealing to the community to support officers within the local area by checking CCTV, smart doorbells, dash cams from 2am and check garden perimeters, driveways, outbuildings, land and hedgerows.
Anyone who sees Ted, or has information on his whereabouts, to call police immediately on 999, quoting 183 of 7 October. 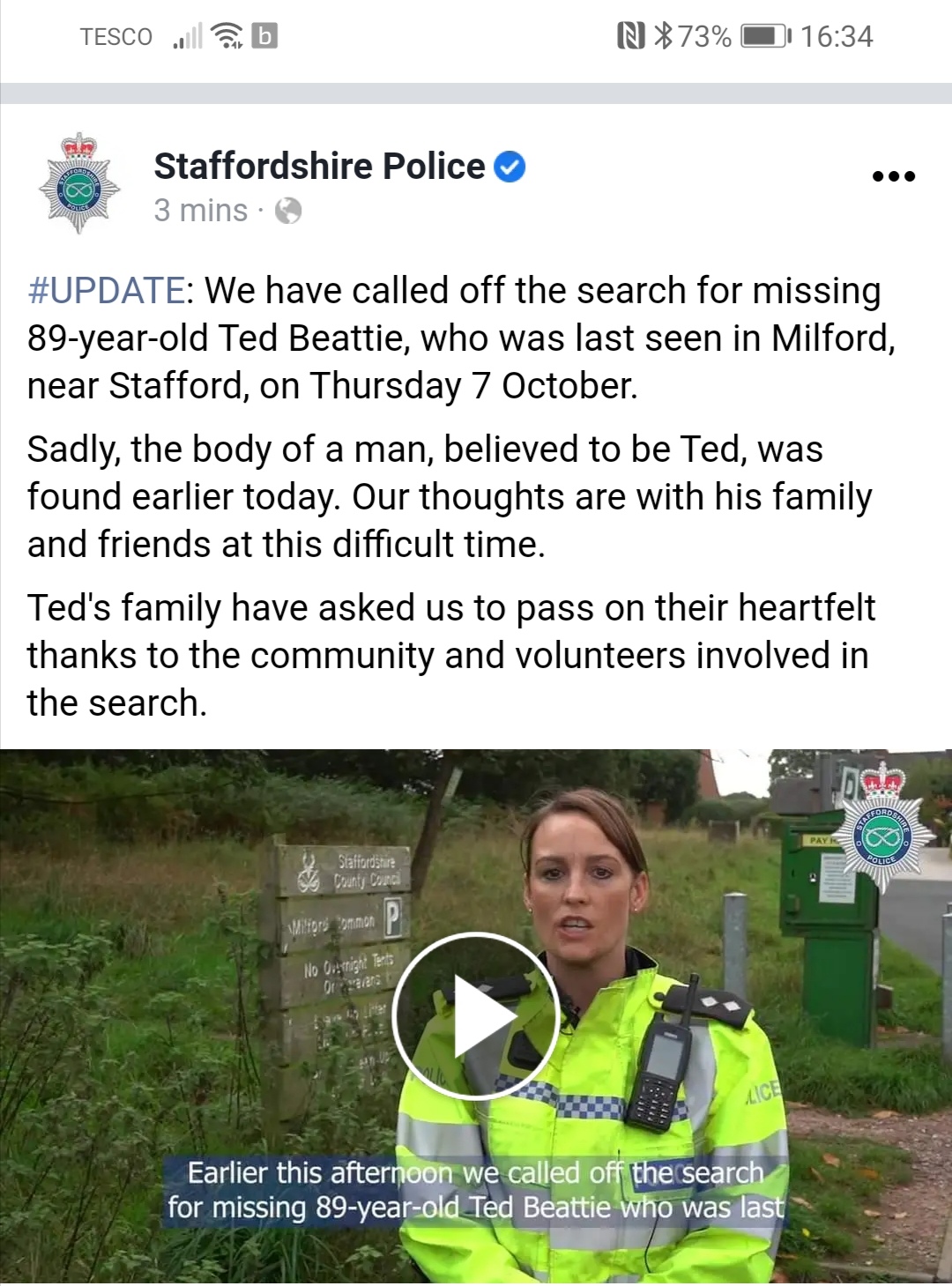 How very sad. Condolences to his family.

Just read the sad news on the Police site that the search has been called off , as a body believed to be Ted has been found earlier this morning.

R.I.P. Ted. My thoughts and condolences to his family.
Last edited: Monday at 10:27 PM
M

Very sad. My condolences to his family and friends.