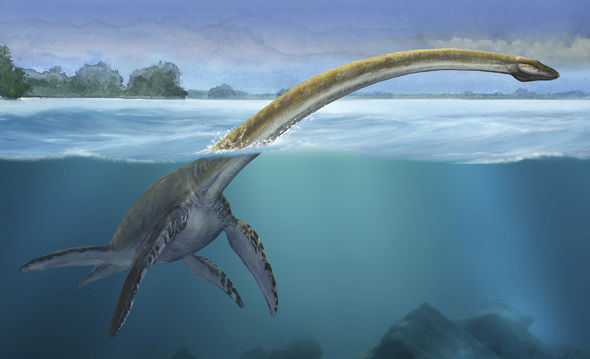 You should, plenty of us on here to make friends with

Dude, that's a Plesiosaur, not a Dinosaur.

They have a print of that framed in the hallway.

Doing take away Sunday lunches for collection or free delivery within the village. Just had an excellent roast beef & three veg dinner for £8.95.

Choice of puddings at £2.50 including a separate container of custard. Mrs T did, I was good and abstained.

On another thread it was saying that if pubs do takeaway they can’t claim the 80% government backed salary for their employees.

Any news on that @Trumpet ?

Afraid not, although it does sound like the kind of string that would be attached to such a scheme.

“Who will pay my wages?
If you are still employed but do not currently have work, the plan is that you will still get your wages.
Your employer will be able to access grants, by the end of April, from the UK’s tax authority to allow them to keep paying you.
The typical worker is paid £585 a week, on a median average (which is the middle point of all workers), according to the Office for National Statistics (ONS). That is about £2,340 a month.
The government says 80% of gross wages in the private sector, up to £2,500 a month, for those not working and who would otherwise have been laid off will be covered by these grants from HM Revenue and Customs (HMRC).
These will be backdated to March and the scheme will last three months at least. The idea is to prevent mass unemployment.”
(Copyright bbc news)

They distributed £2500 worth of vouchers to random houses around the village on Sunday.
Hopefully it will kickstart business once the lockdown is over.

It is the sort of thing that is needed. Many pubs are going to need help after lockdown. Trade estimate range around 20% of food led pubs closing, 25% of wet led pubs and 30% of late night venues. Some of the more pessamistic suggest 50% of pubs going. Do everything you can to support & promote your local pub.

Ate here last night, went for the belly pork. Two good sized pieces with a large piece of crackling served on a bed of creamed cabbage and bacon with mash and gravy. Carrots and broccoli served on the side unfortunately went untouched, just couldn't manage them.

First visit since the end of last lockdown decided pull onto the car park and check the arrangements out then decided to stop a while.
Well organised, under cover seating, plenty of space for distancing, had a nice hour and a half despite the rain. It was nice to see friends again and the Wainwrights was well on form.

Lovely atmosphere in there tonight, open fire at one end of the bar and log burner at the other. Nice crowd and the Wainwrights was spot on. So lucky to have it on our doorstep.

Trumpet said:
Lovely atmosphere in there tonight, open fire at one end of the bar and log burner at the other. Nice crowd and the Wainwrights was spot on. So lucky to have it on our doorstep.
Click to expand...

So lucky to have it on your doorstep with the Reform Tavern and the Plough both closed.

Use it or lose it!

Trumpet said:
Use it or lose it!
Click to expand...

Yes indeed.
All too many people choose a village to live in partly because it has a pub and then never or very rarely use it.
Friends of ours have lived in Yarnfield for thirty years and I don't know if they've ever been in the Labour in Vain, so no surprise then that it's been empty for ages.
You must log in or register to reply here.
Share:
Facebook Twitter Reddit Pinterest Tumblr WhatsApp Email Share Link
Top