JUICE Comedy is teaming up with the House Of Bread bring you a fantastic night of stand-up comedy and BBQ food at Cafe43 (formerly the New Vic).

We’ve got an amazing Headline act in KIRI PRITCHARD-McLEAN - a comedian who’s starred on “Have I Got News For You”, “Hypothetical” on Dave, “The Comedy Bus” on Comedy Central, and “The News Quiz” on Radio 4!

Kiri is taking time out from her very busy schedule to come and join us in Stafford and help out this amazing charity!

Also on the bill will be host of Free Radio’s breakfast show and UK Pun Champion 2017 LOVDEV BARPAGA! Stafford’s own ALEX HYLTON and JUICE regular HANNAH SILVESTER will be performing, and the whole show will be hosted by ME (local lad, big beard, written for Mock The Week).

Click the link below to get your tickets!
https://www.eventbrite.co.uk/e/laff-cafe43-tickets-65177323128?aff=efbeventtix

Seats are limited to 45 and are selling fast, so don’t miss out! This will be a very special show as we all have a massive laugh and also raise money for a tremendous cause.

The House Of Bread feed 120 disadvantaged people in Stafford every single week. They provide support for low income families and anyone who is vulnerable during these hard times.

Our goal with this show is to have an AMAZING night with some of the best comedians around, but also to raise enough money to replace a broken washing machine in Cafe43’s laundry room.

A nice full page article about this in this weeks Stafford Newsletter.

Including a picture of my favourite comedian.

If someone books from the link are the tickets posted out or do they have to be collected?

Some friends want to come to this but have asked about the food.
One is vegetarian, the other vegan.
Will the menu cater for that? 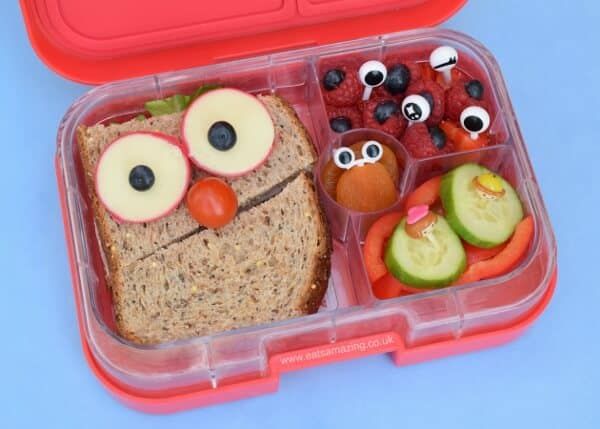 Some friends want to come to this but have asked about the food.
One is vegetarian, the other vegan.
Will the menu cater for that?
Click to expand...

Hi @Carole , sorry for not seeing this earlier!

The tickets are electronic - they will be emailed to you, which you can either print off and bring or you can just show us the email ticket on your phone.
Any issues and this site has the answers https://www.eventbrite.co.uk/support/articles/en_US/Troubleshooting/where-are-my-tickets?lg=en_GB

There definitely will be vegan options, I'm just not 100% certain what they will be just yet!

Getting to the event

Because CAFE43 is a new venture, it isn’t yet listed on Google Maps and some other sat navs. The building was formerly the Browning Street Chemist, and before that the New Vic pub (or the Old Vic ... one of the Vic’s).

It’s right next door to General Traffic Stafford, and the turning for Reynolds Centre parking.

Speaking of parking! There’s plenty of free parking spaces at the back of the venue!

This event has now SOLD-OUT! That means there will be no tickets available on the door.

Big thanks to everyone for their support, it’s going to be a really great night!

If you missed out on getting tickets, stay-tunes for our next event!

Brilliant news that it’s sold out!

Unfortunately, due to a serious of obstacles, this particular event is not licensed. But we’ve got plenty of tasty refreshments and some lovely dry weather for the barbecue!

Rob Halden said:
Unfortunately, due to a serious of obstacles, this particular event is not licensed. But we’ve got plenty of tasty refreshments and some lovely dry weather for the barbecue!
Click to expand...

If anyone wanted to, could they bring their own?

Carole said:
If anyone wanted to, could they bring their own?
Click to expand...

No I’m afraid not, that’s part of the issue.

This was a huge success! Lots of money raised and a great time has by all! Thanks to everyone who supported the event, and stay tuned for the next one!

We thoroughly enjoyed it @Rob Halden

Great atmosphere, great food and excellent comedians.
A really fun evening and all for a good cause.

A huge thank you to everyone who supported this brilliant event! We raised just shy of £1000, we all had a smashing time, and Kiri gave us all a sneak peak of material that she the filmed for Live At The Apollo a couple of days later!