Job for the weekend.

Gramaisc said:
As pointed out here, I used a rechargeable mower over fifty years ago, however, the modern ones seem to be mostly rotary jobs or cylinders that are more suited to the modern-day English size of garden.
Click to expand...

Yeah most of them are probably going to be a spinning blade. I didn’t even know they still made the kind you’ve just shown - what’s the advantage might I ask?

Cue said:
Yeah most of them are probably going to be a spinning blade. I didn’t even know they still made the kind you’ve just shown - what’s the advantage might I ask?
Click to expand...

Great bike but I doubt it would be much use for cutting grass.

proactive said:
Great bike but I doubt it would be much use for cutting grass.
Click to expand...

You’re using your Ducati wrong then

Mmm, right, I had a waxing event today which may have led to some explanation of part of the stuff that's been going on. Although, not in the sense of why the waxing happens in the first place, but why the Honda seems to be immune to it.

It having been so dry lately, I resolved to run the tiller through the plots that had been forked over a few days ago. I decided to run through each plot twice and spread a bit of grass on before the second pass, so I can forget about the lawns for a bit. The Honda, on the tiller, ran perfectly, as it always does, but the Kawasaki, on the mower, waxed up on the last stripe (fortunately).

Whilst doing all this, I had time to consider the two situations - the Honda is a much smaller engine, which ought to make it more vulnerable, all things being equal - however, I realised that all things are not equal.

The machine that the Honda is mounted on was originally designed for a two-stroke motor, but the reason for using a two-stroke no longer applies and they have been fitting this far superior four-stroke one for many years now. However, they have left as much as possible of the old machine design just as it was - essentially, they just fit a different engine. They are still using the same fuel tank, and its mountings, just as they were back in the two-stroke days. This means that the tank is in such a position that it still needs the fuel pump arrangement that the two-stroke required. This pump is a diaphragm affair, driven by the induction pulses.

The Kawasaki on the mower simply relies on a gravity feed from a tank mounted a few inches above the carburettor.

It may be that the Honda survives the waxing for one of two reasons. Either the pump is sufficiently effective to 'blow' the wax through the jet orifice, or the constant pumping and recirculation keeps the wax in solution, or at least soft enough to be drawn through the jet - or both.

Not a lot I can do to use this 'knowledge', even if it is true, of course.

OK, I've just cleaned the carb up and 'wax' may not be a sufficiently clear description - it's more like a thick, very slightly crystalline, grease, very pale yellow in colour - like cold Vaseline.

It only ever seems to block the jet, not the float valve or any on the holes in the emulsion tube, which are all of a similar size to the jet.

This may mean that the continuous agitation of the fuel in the Honda really is the key to the immunity that it seems to have?


On the basis that an engine that is running OK, particularly a small one, should be generally left alone, I have never interfered with the Honda, so I don't know what the float chamber looks like inside there - one day, perhaps...

I've taken the opportunity to get the grass off my conscience and the mower has, as it has for the last few runs, needed a good bit of choke left on - this is usually a sign that the float bowl could do with a clean - so, I did it now, rather than have it stop on me, half-way through a cut.

I have now decided that 'jelly' is a better description - it is very like the jelly in a pork pie, in terms of colour and consistency - I haven't checked the taste. 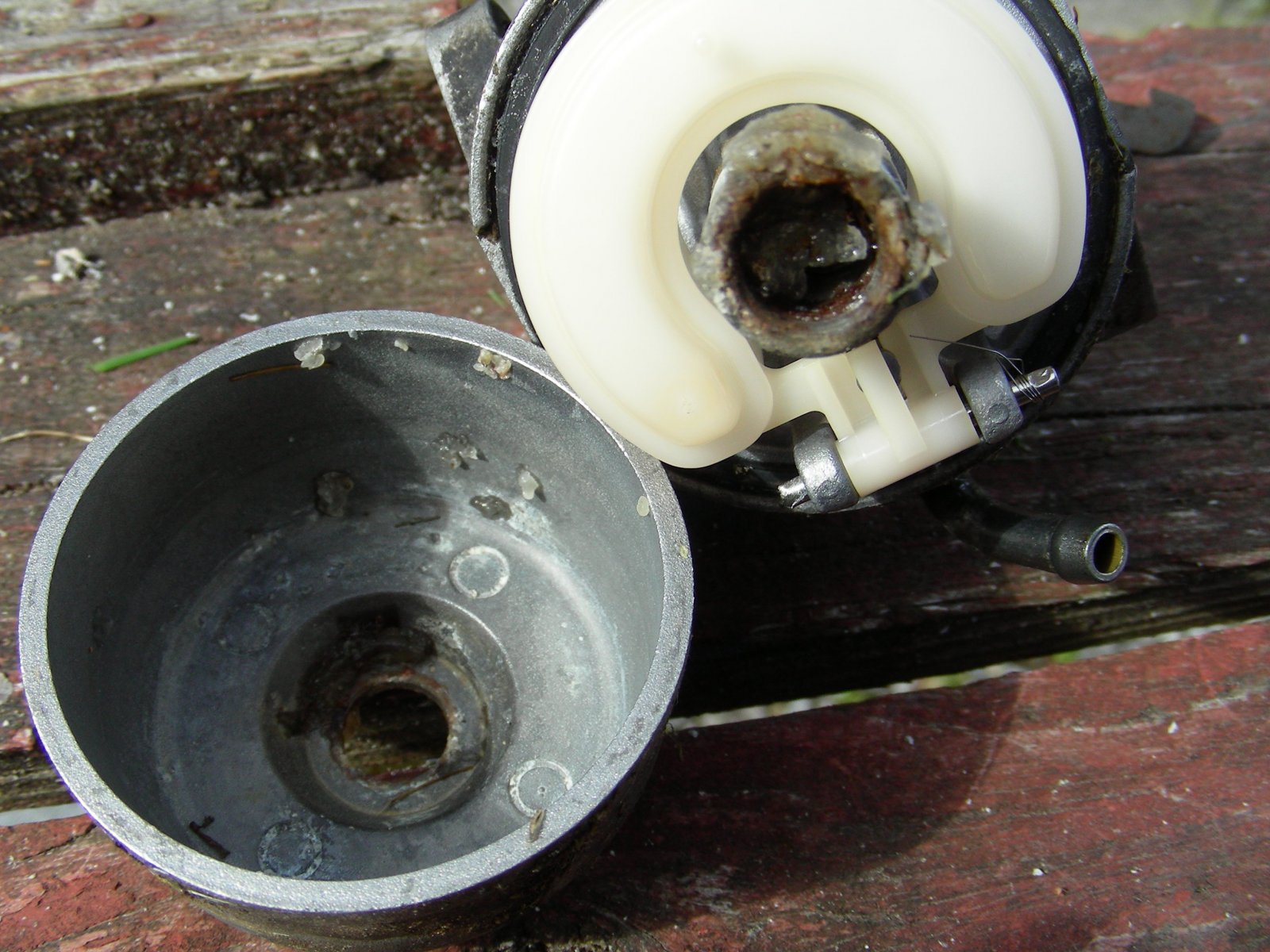 The quantity in there this time was the largest that I've ever had to deal with, but it had managed to keep a small hole clear through the body of the jelly, so the engine would still run.

There was enough to fill about ⅔ of a tyre valve cap.

It doesn't seem to affect the float valve or the emulsion tube.

The mower has worked faultlessly each week since the above event, but I decided to pre-empt any issues and clean out the carb. There was, however, no evidence of any wax/gel anywhere. The fuel in use is the last bit from the same batch as was being used when all the previous blockages occurred. So, I just put it all back together and gave the whole machine a once-over - see later...

Somebody at You Tube clearly peruses the Forum, as, a few days ago, it was suggested that this air incident video might be of interest. The culprit turned out to be a fuel biocide known as Kathol. It does seem to be intended more for diesel/kerosene fuels, rather than petrol, but it managed to block fuel valves operating at much higher pressures than this mower's gravity system is.


There does seem to be some usage of biocides in petrol, but diesel/kerosene seem to be the primary usage. I wonder if the widespread 'diesel waxing' issues that plagued HGVs in the winters of the late 70s and early 80s might be at least partially attributed to these additives?

The mower has a flexible drive coupling that did come adrift a couple of times in the early years - checking its tightness involves removing a plastic cover. One of the two screws holding it on was not keen on undoing. None on my standard techniques had any success and I reluctantly was driven to try a "reverse screw type" screw extractor. To reach the screw, down its deep plastic socket, involved using two extensions. To my surprise, it came straight out, with no real damage to the head. The Phillips socket was useless and so I cut a couple of slots across the head, greased everything and put it back on reassembly. 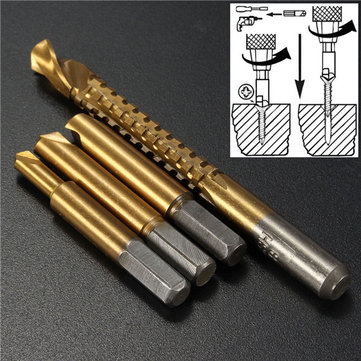