Group Event Board Gaming in Stafford (Stafford Board Game Bash)

Just a plug for our lively board game group!

3pm until late every Sunday at The Market Vaults.

If you fancy trying out some tabletop gaming, come along and give it a try! Forget monopoly and Scrabble, this is board gaming for the modern ages!

Come and grab a drink, pull up a chair and bring along a game or just jump in on a table and try someone else's!

Look us up on Facebook (Stafford Board Game Bash) or just turn up on the day. Hopefully see you there!

Excellent - I might look in some time (though Sundays are my worst day, at least until April).

I must confess, I'm not really a boardgamer despite having spent much of my early teenage years playing a variety of them - mostly the Waddingtons stuff (this was over 45 years ago). These days I'm really only into simulations - mostly historical wargames, but also sport simulations. And I only ever play them solo - I like to take my time over moves as well as working out my own AI. Anyway, in the meantime I'll look you up on Facebook.
D

Mikinton said:
Excellent - I might look in some time (though Sundays are my worst day, at least until April).

I must confess, I'm not really a boardgamer despite having spent much of my early teenage years playing a variety of them - mostly the Waddingtons stuff (this was over 45 years ago). These days I'm really only into simulations - mostly historical wargames, but also sport simulations. And I only ever play them solo - I like to take my time over moves as well as working out my own AI. Anyway, in the meantime I'll look you up on Facebook.
Click to expand...

Excellent! Hope to see you there. Next weekend should be the 'official' version which is sponsored by the local FLGS Too Fat Goblinz. Lots of games on the go!

Anarchy in the UK

A few of us will be convening in The Picture House from 12:30 to get some additional early games and a couple of crafty warm up pints in to give us a competitive edge? That's our excuse anyway. Come and find the table covered in dice and card if you fancy!

What better way to spend a dreary and damp Sunday? What better excuse to pop in and try a game in the dry cosy confines of a pub?

I've just wrapped up my first playing of this Avalon Hill solo game "Raid on St Nazaire", a game I've had for about 15 years but never previously played. And I say "wrapped up" - having played around half a dozen moves since the middle of last month, I've now decided to pack it away while I rewrite the rules in a more "user-friendly" format. Here's a photo of the game set up in my shed.

People may also be interested in this - https://www.facebook.com/TheGamesLoft1/ ?
D

Gamesloft have a regular tabletop gaming day every Tuesday. £2 on the door if you bring a game, from 6pm until 9pm. We've got a fair crossover from that group into ours now, so it's definitely worth checking out.

The regular Sunday event is still running. The numbers are way up as of late, we're seeing lots of new faces which has been excellent.

Lately we've been finding the itch harder to scratch so have been massing in The Picture House from midday to squeeze in some additional games (and some additional pints!).

We're busier than ever, but there's always more space around the table!

Wargaming at Blessed Bill's in July.

Fortunately it doesn't clash with the Royal International Air Tattoo as it did last year (and a few years before that, I believe).

Not exactly boardgames, but I ran a game of this last night. Despite it being only our first game, it went quite well.

Topical, I think you'll agree with all that stuff about Gibraltar at the weekend. 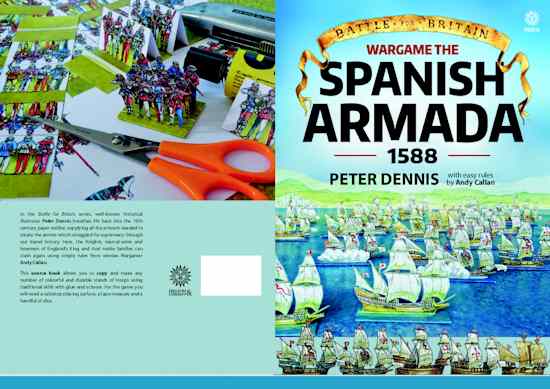 Such a proud Mummy here! My Little Soldier designed this. It's his first toe dip into the world of advertising. he ain't done too bad.
D

As an update to the original post above, we have moved location. We're now gaming in The Shrewsbury Arms on Sundays, from midday until around 8pm.

We've been growing in size as a group and were starting to crowd out the back of The Market Vaults. We were also splitting across venues for those in the group who travel and didn't like the later start time.

The new venue seems to be sticking and going down well with the crowd, so if you're looking to come along and see what the fuss is about, now you know where we'll be found!

And just a reminder, you can look us up on Facebook on our Stafford Board Game Bash group page if you'd like to stalk us a bit first before diving in at the deep end!

As a bit of a sampler of what we've been playing lately, on regular rotation over the last month we've seen a bit of a mix to suit all tastes.

- Quartermaster General - Cooperative war games and plenty of trash talk.
- Castles of Burgundy - Building a province against your neighbours. Addictive yet stressful.
- 7 Wonders - Creating the greatest civilisation known to man. Simple mechanics, yet challenging.
- Camel Up - Grab a beer, place bets, shout at wooden camels for being rubbish and losing you money.
- Mexica - Carve yourself up a slice of the island of Texcoco.
- Oh My Goods! - Crafting in the middle ages. Or rather trying to and failing.
- Arboretum - The most passive aggressive game about planting trees ever conceived by man.
Last edited: Apr 20, 2017

This survey has appeared, via Stafford FM - https://www.surveymonkey.co.uk/r/DRRDBQ5 - possibility of a "board game café"?

Anyone going to the UK Games Expo at the NEC this weekend (and Friday)? I'll be there, probably on Friday.

Yes a few of us have rooms booked there for the full two nights. Some are just doing the odd day trip.

Yep, I will be there. For another assault on my bank account

I don't know anything about board games really, but there were a whole group of teenage lads in the town library this afternoon playing some very fancy board game. DD suggested it might be Dungeons and Dragons? Not sure, but it had some fantasy like looking pieces and alot of them! Sadly they were VERY noisy/enthusiastic and combined with the young kids running round I felt like I'd entered some sort of youth club. It's good that the library is attracting youngsters, and I don't expect the silence of times gone by, but some people do need to concentrate while at the library so maybe a happy medium whereby the teenagers lower their volume, and parents get their kids to look at the books rather than charge round like they are at the playground?
You must log in or register to reply here.
Share:
Facebook Twitter Reddit Pinterest Tumblr WhatsApp Email Share Link
Top